On December, 6th - and Second Sunday in the time of Advent

On December, 6th, whatever is on the Advent Calendar, it is the feast of Saint Nicolas.

Saint Nicolas, Sankt Nikolaus, Sankt Niklaus, Santa Claus, this saint is known in all Northern and Eastern Europe but not in its Southern parts as such. Santa Claus is the equivalent of our French Père Noël, Father Christmas, and universally known thanks to the United States of America. But he came much later than Saint Nicolas.

His real life is told briefly in the "know-all" Wikipedia https://en.wikipedia.org/wiki/Santa_Claus, and with more details in a blog that I recommend warmly: http://bjws.blogspot.fr/ (if you cannot follow the link, search for "It's about time" in your browser).

Saint Nicolas was a bishop of Northern Africa (like Saint Augustine) of the third/fourth century AD. He is reported for his numerous miracles and worshipped in Europe since the XIth century. Among his miracles, there is this of the three boys that were kidnapped by a butcher, killed and cut in pieces and put in a salting cupboard. Nicolas found the boys and put their pieces together so that were boys again. A song was made about this miracle and is part of the French folklore.

Worship was greatest in what is now Belgium, The Netherlands, Germany, the Northern part of France and the UK. Miracles were numerous. The abbeys started giving things to the people coming to the shrines that were reputed holding relics of the saint, and around 1080, a Belgian convent of nuns started giving things to the poor and needy on the feast day of Nicolas: December, the 6th. Along the centuries, the custom was kept and evolved into giving something to children. 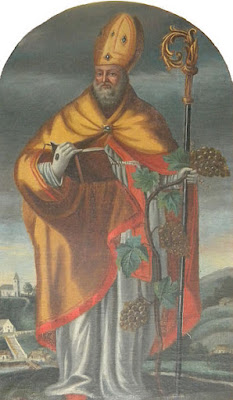 Father's family has its roots in Eastern France although they belong to the part that stayed French when l'Alsace et la Lorraine went under the rule of the Kaiser, between 1871 and 1918. The children received their main presents on the 6th of December instead of Christmas Day, and we followed mildly this tradition, although our main gifts were on Christmas Day. But Saint Nicolas always brought us something on the 6th of December. 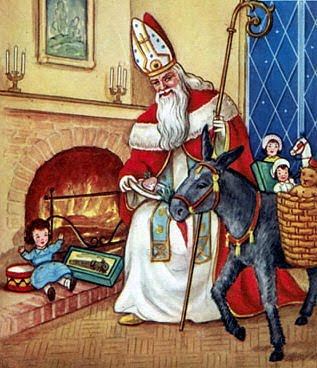 He came in his full regalia of bishop with his donkey and was accompanied by le Père Fouettard (the bogeyman) with small scourges if we had not been "angelic" during the whole year. But we never saw that. On the 5th in the evening, before going to bed, we put before the chimney place (if there was one where we lived that year) or on a small table in the sitting room, carrots, dried grass (always difficult to find when you live in a city), some bran and an apple for the donkey, a cake and a cup and saucer with a teapot and a coffee pot for Saint Nicolas - he was treated with luxury as we gave him choice between two beverages! We also left our shoes ... in expectation.

Then, we went to bed, and not very late afterwards, we heard the main door open and close quite vigorously. There were footsteps, noises that tried to sound like clip-clops of a donkey, low voices, more noises, gulps and chewings, more noises, speeches that we could not hear, things that seemed to fall on the floor, and departing footsteps, with the main door opening and closing a last time.

We were well under our duvets and did not move. Even the eldest play the game with a nice fair play. Lights were switched off and we had to wait until the next morning. 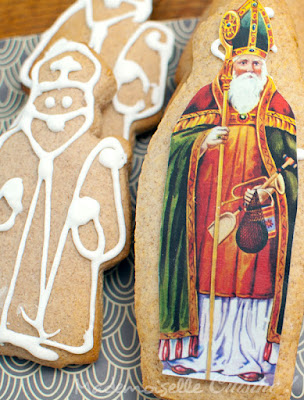 The next morning was like Christmas morning. We  entered the sitting room to find that the carrots, the grass, the apple had disappeared and that there were still some grains of bran; someone had drunk out of the cup; the teapot or the coffee pot had been used. In their place, there were cards with our names and what Saint Nicolas had thought of our behaviour during the past year with his wishes that we would be even better when he would come back. Then there were gingerbread Saint Nicolas, one for each of us, oranges, nuts, almonds, and small presents. I remember one year when my sister and I received each one guitar for children. Mine was orange and hers pink. They had four metallic strings and we deafened the house until Christmas! (Remember the drum given to the angelic cousin? Well Mother did scourge herself as well...)

Even when we did not believe in the staging and in Saint Nicolas anymore, strictly speaking, the tradition went on. We added little presents for our parents. But the core of the feast, the gingerbread, the oranges, nuts and almonds remained. We still do this little celebration. And this morning, The Girls and I found our bounty before the chimney place. These are the first oranges we eat in the winter season, the nuts are ours and come from our walnut and hazelnut trees, the almonds have been bought and a friend of mine who always gives a conference in Nancy (a town in the East of France, the capital city of la Lorraine) at this time of year brings me back the gingerbread saints. 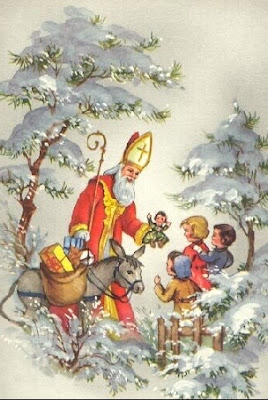 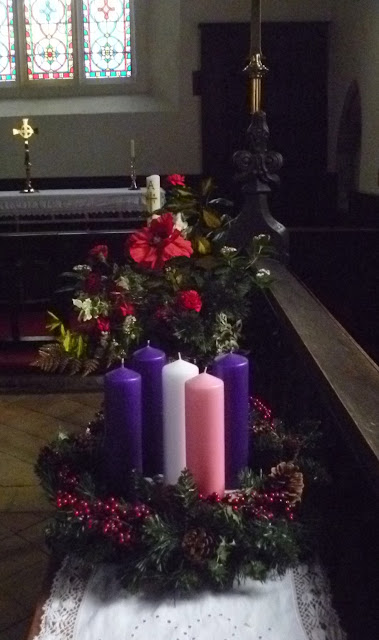