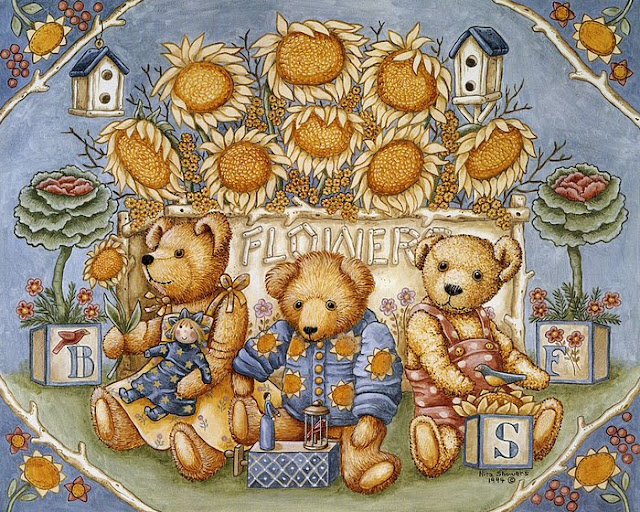 On December, the 9th, three bears did appear

An unexpected wealth of teddy bears arrived when we opened the bigger window of the Advent Calendar, this morning. One is the expected number. Two are a surprise. But we were to cope with THREE! Well, one for each.

The Girls loved their Teddy Bears when they were babies and little girls - or so was reported to me, as I cannot remember: one is older by 34 years than me, and the second is following me by mere 19 months. No memories at all of their babyhood. For me, "The Girls" were always here and there.

I hated my Teddy Bear. It was a sophisticated toy with an articulate head, arms and legs. Brown short fur. Dark eyes. No memory of the mouth. But a hazelnut nose and paws with softer fur. I used to fling it at the far, far end of my cot, then of my child bed, and to cry when someone gave it back to me. The truth is that I was afraid of him. Truly frightened.

I don't know why I had thought that he was stuffed with snakes that were ready to slither out of him in the tiny vacuum left by the articulations. I was mesmerized by the idea that I would soon see the forked tongue followed by the head and the whole undulating body of hissing unknown snakes that would kill me. Doctor Freud, please, help me find who put this in my head and why, or why I put it in my brain myself!

So, every night, or for every siesta, the awful and repulsive stuffed beast was sat besides my head, with a gentle word from Mother or whoever was looking upon me, a caress on my hair, and I started to cry, weep, and throw myself into fits and a tantrum. There was lassitude, weariness, in the voice that started to calm me without knowing what was happening, and the beast was put closer to my head while I was told that "Martin" would be on guard during my sleep, that nothing was to be feared.

Of course, everything was to be feared with Martin! He was only a bag of snakes in disguise. In the end, I stopped crying, waited for the person in charge to leave my room, and threw the beast away, as far as possible from me. Even then, I was terrified and spent what seemed to me an eternity before falling asleep.

There were other, more congenial bears.

There was Winnie the Pooh and all his friends who were funny and sweet and who could be my friends too. 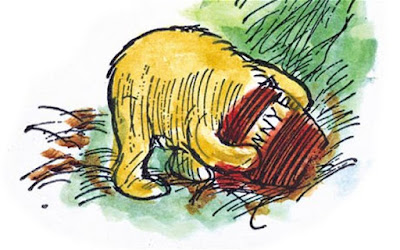 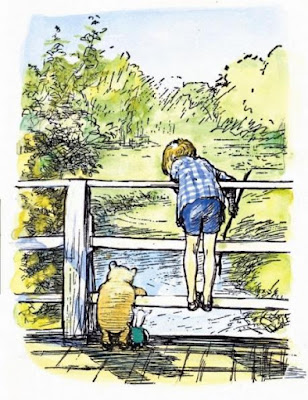 There was Goldielocks who did not seem afraid of the Three Bears, although I was more afraid than she was because the story was well read to me by Father mimicking the voices of Father Bear (deep bass voice), Mother Bear (tremulous imitation of a contralto), and Baby Bear (high pitched indiscribable voice). I did not like Father Bear, did not trust Mother Bear, and thought Baby Bear was a fraud. 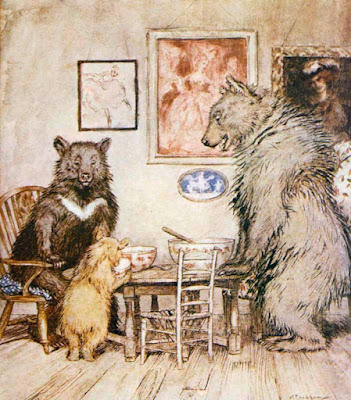 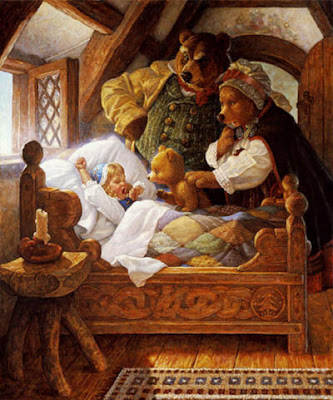 There were stories of picnics with bears that I found rather strange. From what I knew of Eastern Europe bears, I did not believe they did really picnic... I doubted the stories very much indeed. 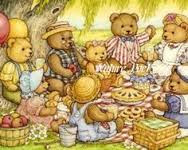 Meanwhile, my sister had two Teddy Bears: one very fanciful and elegant, given by her Godfather's very posh wife. He sat at the end of her bed, utterly disdained. But she clung to an old Teddy who, if he was not Victorian, might well have been Edwardian. He was almost a rag but they lived a true love story together. Nounours (that is the French name for Teddy or Teddy Bear) went everywhere with her. They talked a lot in their own special language. You have to keep in mind that my sister suffers from Down Syndrome and therefore was late in everything, including walking and speaking, although she developed a vocabulary of a sort that Nounours understood, then I as we were together a lot, being so close in age, then Mother and Father, and the rest of the close family.

However, Nounours helped her talk and answered back. At night, when we were to sleep, they whispered together for some time - I heard them from my bed, as we shared the same room.

Nounours went out on walks with us: she kept him in her pushchair, then in her arms, and when she had  a tricycle, he travelled with her in the bucket, half sat and half collapsed, as he was so old, battered, and tired but always faithful.

She decided to leave him for good when she was twelve. She went to see Mother and told her that she did not want Nounours anymore. She had tears in her eyes. Mother asked her what was happening. She could keep him or leave him but Nounours was safe and there was no need to let him down. My sister, almost shaking with tears, told Mother that she had decided she was not a baby or a little girl anymore and therefore could not keep Nounours as adults did not carry teddy bears with them. She did not want him in her bed either. Time had passed and the bear had to join our old toys in the toy box up in a cupboard, and then to be left in the house in the country. He still stays in this box, in the attic of The House here, in the Dordogne, but has never been seen again.

My sister is an adult.

Fortunately, among all these adventures with teddy bears, we had Paddington. He was a bit like us, with a suitcase and always ready to go away. He had found a family and was happy with them. Decidedly, Paddington was like us and to be loved. 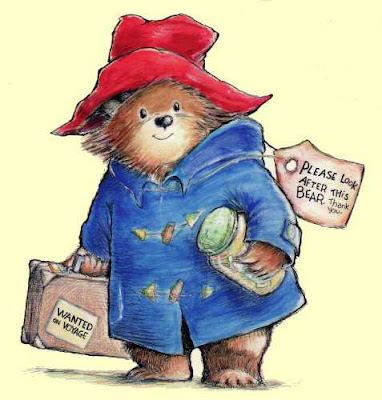 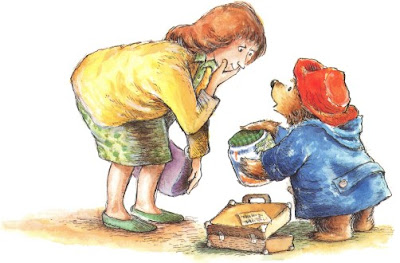 Nowadays, we still have the books in pages of which Winnie the Pooh and his friends and Christopher Robin live, as well those where live Goldielocks and the Three Bears, and Paddington. Our teddy bears are in the toy box, including mine with his strange snakes. But we have Harrods bears sometimes spent, sometimes brought by family or friends. My sister has one seated on her CDs shelves in her room, and his name varies from Bob (a friend she adores and who is more than 70, but her best male friend) and Tom (Detective Chief Inspector Barnaby). 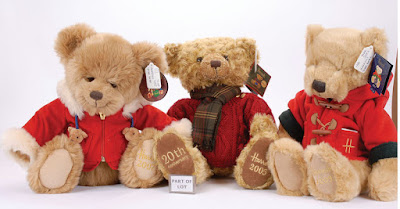 I have mine as well, and Pam (a friend who collects the Harrods bears) has told me to keep the initial tags and labels. She has also given me Winnie the Pooh, and a dear friend of mine has sent me a pocket bear who has travelled much with him - a true globe trotter! - when I was really depressed and feeling low. It certainlly was and is a sacrifice for him and this new Nounours has a great value for me and is never far.

A long history of teddy bears in our family! 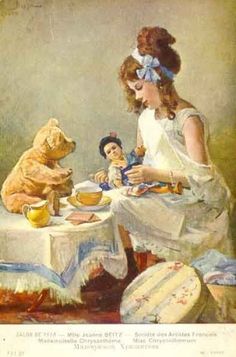 Even though, it was an unexpected wealth of teddy bears who arrived when we opened the bigger window of the Advent Calendar, this morning.