On December, 8th - the true and complete blog 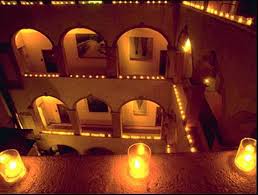 So, on December, the 8th, a candle was lighted

In the Roman Catholic calendar, this day is devoted to one of the numerous feast celebrating Mary. And it is an important day in one of the biggest Frech cities: Lyon. It is the Festivity of the Lights. Here is a link that will explain all about it to you: https://en.wikipedia.org/wiki/Festival_of_Lights_(Lyon).

All the town participates, RCs or not RCs. The lights are everywhere in the town. 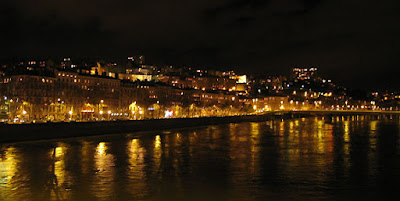 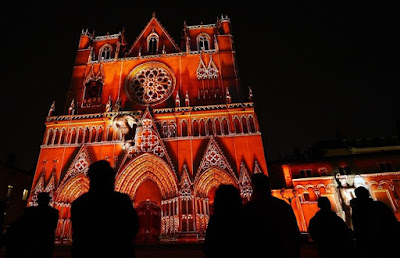 And candles are lighted and put on the window sills of the houses. The whole town looks like a fairy city. The days of the Festivity of the Lights truky marks the beginning of the Christmas season. 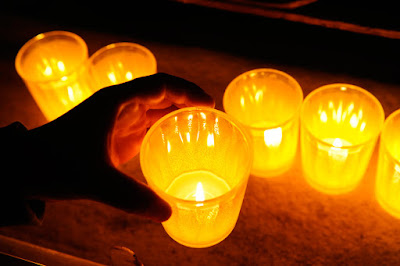 The same day marked the beginning of the Christmas season far, far away from France, at least for one family, in Colombia. 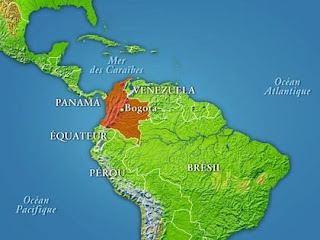 In one of his diplomatic posts, Father had a colleague who was the Colombian ambassador, a lady who became a friend of Mother's - all diplomacy left aside -, and who came often to our house with her husband (who was French). She spoke fluent English and fluent French, and told us about her country and her family that she did not see each year. While we were in that city, far from France and further from Colombia, we spent several Christmases together.

I was fascinated by the traditions of her country. Her French was fluent but she had a strong accent and sometimes we did not understand her very clearly. That made what she said ever more fascinating! Her family had neither native Indian nor African blood in its veins but had come early behind the Conquistadores. So they had kept something of an earlier Spain, a Spain of the end of the Middle Ages and the Renaissance, with very demonstrative Roman Catholicism, which sometimes seemed rather barbaric to us. I must say that we are more of the Janséniste type, sometimes bordering the Reformation, and open to ecumenism and what is called "social/socialist/humanist Catholicism". A world from her demonstrative views!

She told us that, when she was a child, her mother started the Nativity scene on the 8th of December. A WHOLE - yes, you are reading clearly - a WHOLE ROOM of the house was dedicated to this Nativity scene, who had life-like wood carved characters, all dressed by her mother, her grand-mother, her sisters, some aunts, and other family members. The garments changed from year to year. And the staging changed as well, with sometimes new characters. Of course, Joseph, Mary and Jesus stayed, but others were added, with animals, also in carved wood. They had a farm in the mountains where they had flocks and where they spent the summer. Her father or uncles or cousins carved the characters there, looking at the animals. How they managed to take them back with them, I do not know or do not remember - and that seemed more fantastic that way! 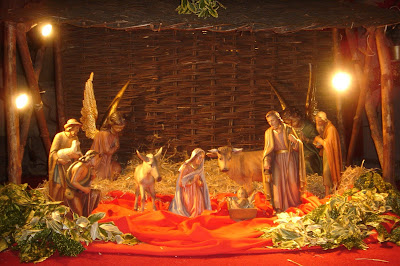 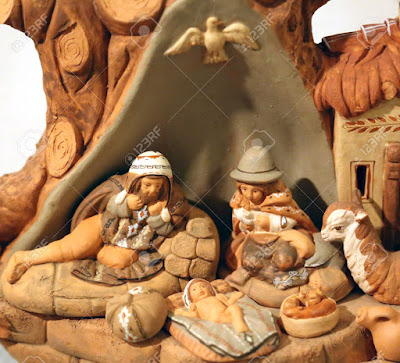 It was the first time that I realised that Jesus was not a blond baby with blue eyes, that his mother was not blond with blue eyes as well, and that they looked different to each people in the world. For Esperanza and her family, the Holy Family was either Spanish-like or South-American-like. 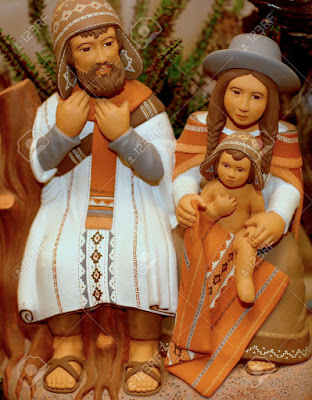 Later, following my parents round the globe and meeting various people from various countries, I saw Japanese Nativities, Russian Nativities, Northern-African Nativities, and Black Nativities when we were in Rwanda, Burundi or Ivory Coast. I have a Black Madonna in my bedroom here. It was a lesson in tolerance - more than that: it was a lesson that was impressed for life (I hope) that White Western People had no right to make their views universal but to respect each country and each skin colour: Christ had all colours of skin, Christ was universal if we believed in Him, because He was God AND because he was a Man - therefore He was every man and each man. In this case, who were we, we, Europeans, People from the West, White people to think that we could impose our rules everywhere and be right in everything?

At the same time, I discovered, thanks to my parents, that Jesus was born in History and Geography. He was a Jew. He was from the Middle-East, and had had a Semitic physical. His mother had had probably black eyes and black hair, his father also, with a beard added. They had had a particular kind of house, food, garments, way of life. Jesus was anchored in time and space as well as He was universal.

A difficult lesson for a little girl. I was eight that year, and I was taking communion for the first time. The lesson taught was better than any catechism! 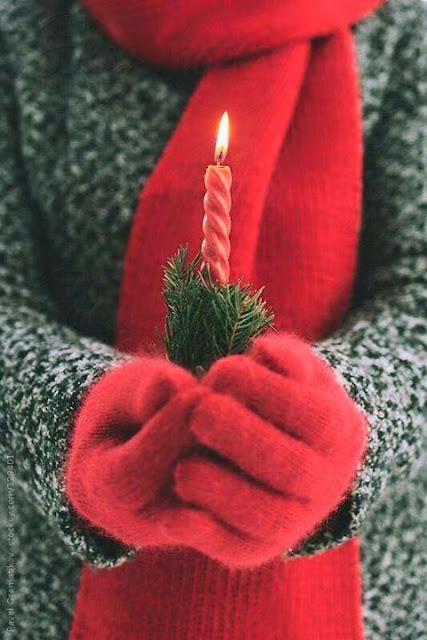 But, definitely, a light had been lighted that year and is still lighted again each year,
at Christmas.