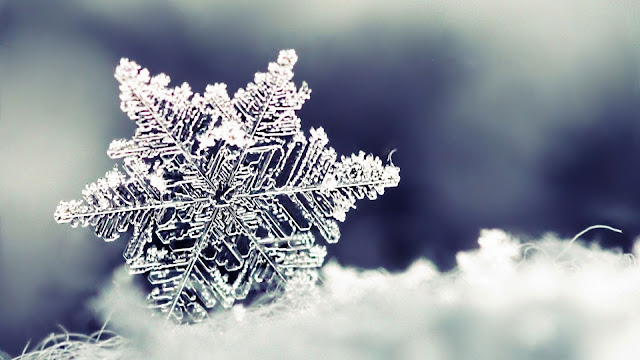 On December, the 10th, a snowflake was dancing

There was hoar frost when we opened the shutters this morning but in the little window of the Advent Calendar, there was snow - one snowflake.

Of course, in the Northern hemisphere, we tend to think of "White Christmas" and to associate this season with that of cold, snow, and  cosiness inside the houses. In the South of the Northern hemisphere, it is already different: it may rain in Rome and be very cold because of the humidity; it is mostly sunny in Northern Africa and rather warm; and I have already spoken on another day of this flabbergsting Christmas we spent on the beach in Florida.

In the Dordogne, there is very seldom snow, and not for Christmas. It comes later, in January or February, leaves some five inches on the ground for a week at most, and paralyses all life as we are not ready at all for such a circumstance!

I always forget that friends in the Southern hemisphere are in the middle of  summer, eating cherries or other fruits, trying to find coolness in (if possible) air-conditioned houses, afraid sometimes of terrible storms and heavy rains that bring coolness and perhaps disasters.

As a good French girl, I associate the Nativity and Bethleem with cold, snow, Joseph and Mary shivering in their stable, the warm breath of the ox and the donkey over the Babe, muffled shepherds with chattering teeth hurrying to adore - well, not to adore really, rather hurrying to try to warm themselves with some physical activity -, and the infamous innkeeper who left the Holy Family outside at the end of December when the days are so short and the weather so inclement. With a little rational thought, of course, I know that I am far from the truth and falling into the trap of folklore and distorted history or history rewritten to fit the Christian Church faced with pagan rites and rituals.

The acme of this love of snow and cosiness was probably Victorian and more British and German than French (I need to be told about Eastern Europe).

My own love of a white Chritmas came with my beloved Scandinavia. What is more beautiful than Stockholm at the time of year. It is bitterly cold and one hardly breathes when out for long but, oh, the beauty of it! 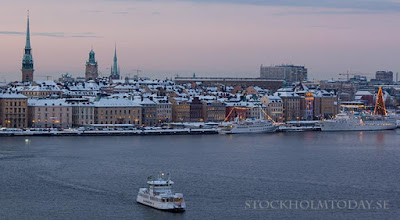 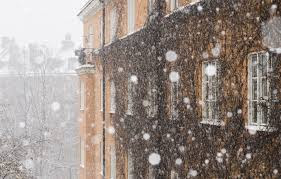 And then, there is Norway with the gaily painted houses in Bergen for instance, 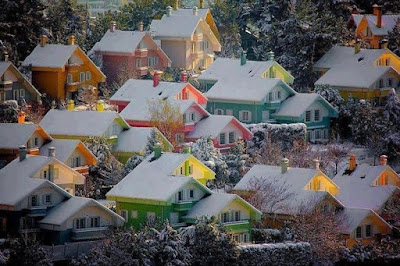 or, not on the coast but deep in the mountains, the high walls of snow and ice that are made to allow traffic to go on and isolated houses and trees bent under the weight of the snow. 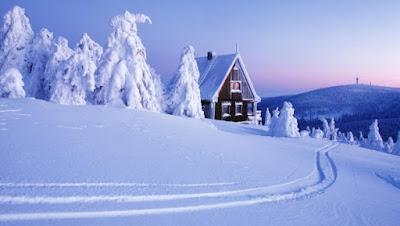 It never seemed that cold up in the mountains and the beauty of nature was enough to make forget any inconvenience.

It seemed to come with hard and simple but joyous life. We spent days up there and there was no quibbling or illness or discontent. One of those perfect moments of happiness I like to remember.

This is what conveys the painting of Carl Larsson for me: light, purity, innocence of a sort, contentment, little things, and, most of all, family. 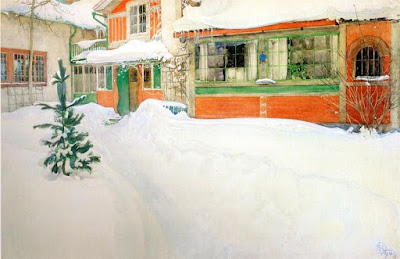 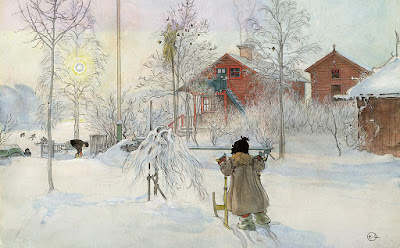 Later, I was to read the best seller "Miss Smilla's Feeling for Snow" by the Danish author Peter Hoeg (https://en.wikipedia.org/wiki/Miss_Smilla%27s_Feeling_for_Snow). That was another, much darker vision of snow and ice. And I developed a  hobby for the study of the different sorts of ice.

Coming back South, I understood that the rigour of older winters made snow a very different element in the Middle-Ages or later, until people could be warm more easily. I encountered Bruegel of course, who does not have the same vision of life in winter than Larsson at all. 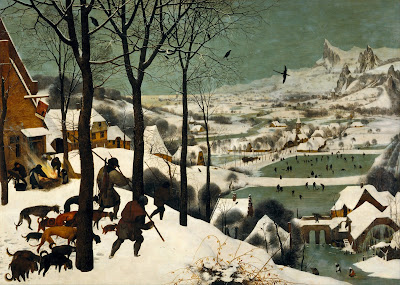 And the 19th century French, like Monet and Sisley brough yet another opinion of winter time, snow, cold, solitude sometimes. 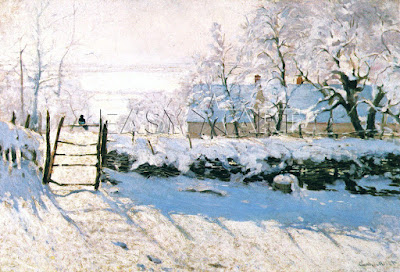 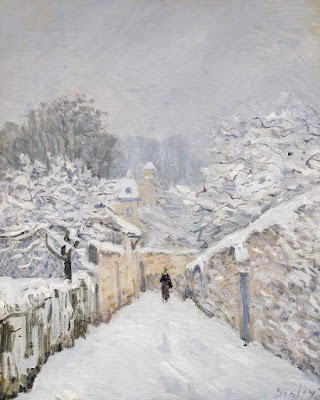 They were somewhat precursors of the renewed vision of these natural elements - snow, ice, cold - that we have today after a century of wars, financial and economic crises: scandalously lonely and ignored human beings left to freeze in the streets of our great Western cities. In this case, my silly idea of the Nativity finds its sense again: the homeless stay outside our cosy inns/homes and sometimes the poors among the poors hurry to give them comfort, warmth and tenderness. Then and there, each time this happens, this is Christmas that lives again. (http://hereandnow.wbur.org/2015/12/03/homeless-jesus-statue) 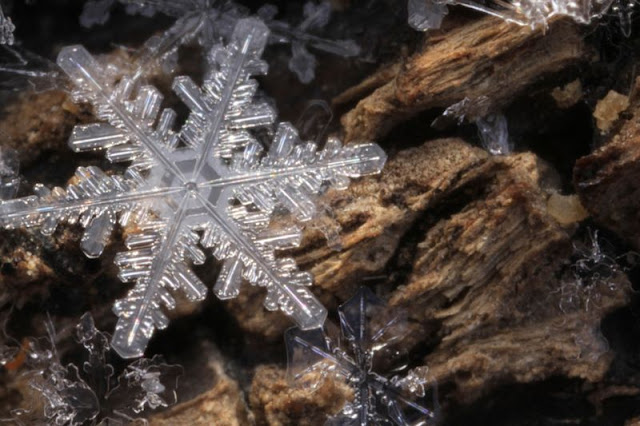 Anyway, there should be only rain, fog or hoar frost in the Dordogne in the coming days and the snowflake will be dancing by himself in its little window of the Advent Calendar.