July: The Little Family is back (for better or for worse)! Good news / bad news ? 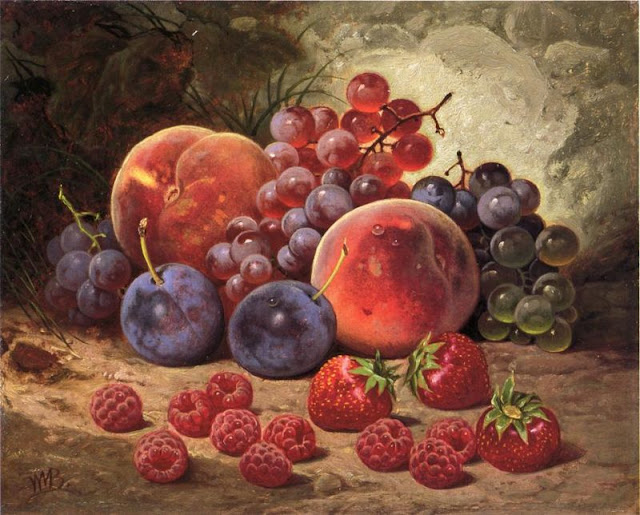 Some news from The Little Family who is now firmly rooted in July, warmth, sunshine, early mornings (when possible), sometimes late nights if there is something from the summer music and theatre festivals on TV, fruits, vegetables like courgettes, aubergines, tomatoes, peaches, apricots, nectarines, soon melons...

And soon the Great House Scouring Party on the 21st of July, the day Anne-Fleur celebrates her birthday. As you know she will be 57 and cannot remember it because she sees such discrepancy "between her age and what she feels inside" - so she told me.

Add to this the Fête nationale (we never call it Bastille Day in France) on the 14th, Anne-Fleur's saint day on the 26th (Sainte Anne), and you may imagine what an eventful month we are living!

And we already went - no, this is not true - I went through three events this week: one good, one less good, and another that does not concern us/me directly, but that I wish to mention. 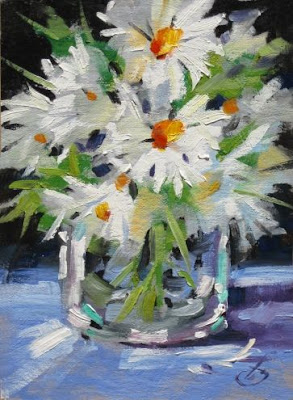 There has been a leak for months in the loo. It was nothing important, nevertheless the noise was irritating and we were wasting water. The plumber had been ready to intervene since February but the finance administrator had given no green light for laziness, carelessness, and slackness. In the end all these were remedied and the plumber came at the beginning of the week. It took him ten minutes and a piece of black plastic to mend the leak. He has been working for us for some time now as he is the famous boiler man as well. In fact, he is the boss of a little enterprise nearby; he comes from time to time to do an odd job and overlook what his employees have been doing.

So, this job done, he stayed for a few moments, on the little terrace of the kitchen, talking to me. And then came the genuine kind word that was THE revelation for me! "Do you remember the first time I went? You were really ill then. You looked... You looked... Well, you looked badly ill. Now, you look..." Trailing voice. I get an appraising glance. "You look normal."

YES! For a non-professional like Dr Quack or social workers or, even, the Socializing/Shopping Lady, I look normal. I told this to a friend who said that there had never been a moment that I was not normal. If I was disabled, it was by illness, stress and strain. If I still was slightly disabled, it was as a consequence of the stress and strain. But at no time I was or am mentally handicapped or disabled.

Hooray! I am normal! 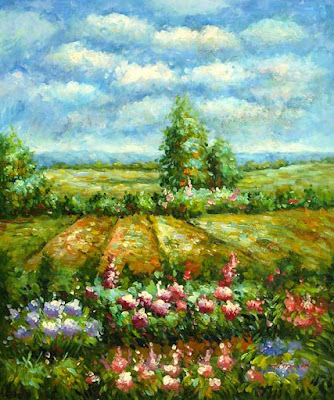 The Socializing/Shopping Lady is not as interested as she was before by The Little Family. She thinks that we are difficult patients. We do not want to "socialize". We spend our time in books, classical music, magazines, quiet occupations that we may lead alone, and this is definitely not normal. We should be going out more. Why don't I create some "social link" with The Girls going shopping with them? Why don't we go to the gym together? Why don't we have activities outside the house together?

I told her that we had always found our happiness in reading, writing, listening to music, not in moving much, and not in doing the activities offered by the associations of The Village. That we were Townees. That we liked quiet. And that, plainly speaking, I was very, very happy to be left in perfect solitude, three hours a week, at home, while she was taking The Girls shopping. She watched me with a look of incomprehension, commiseration, and disdain. I was saying that I could be happy without The Girls. This is heretic when you are a parent or a sibling of handicapped people. They must be the Light of your Life.

Therefore, she leaves us more and more into other hands: she is on holidays, she cannot come for such or such reasons, she is not available, etc. It seems that after some unpleasant fluctuations, we have a rather permanent Stand-In Lady who started this afternoon. As I did not know who and how she would be, I decided to go shopping with The Girls to test our Substitute Lady.

She was nice to The Girls, polite with me, and helped me, although she was clearly dejected not to  decide to which supermarket we were going, not to have to push the trolley (Anne-Fleur's task), not to make the menus (I had made them and then the shopping list accordingly), not to choose what to buy (ditto the shopping list plus the calculator to keep an eye over the spending).

Coming back, while she was driving, she asked me: "But who is the mentally handicapped person? YOU are the one, aren't you?" I was utterly dismayed.

No, truly: I am laughing. 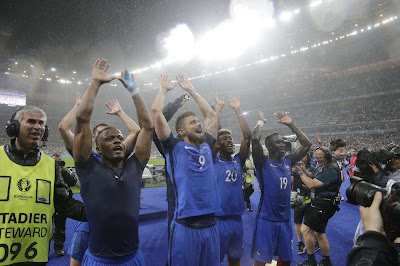 There were semi-finals in the European Football Cup and France was playing Germany. France won the World Football Cup in 1998 with a team that was called "Black, Blanc, Beur", which means that there were Black, of Arab origin, and White players. This had a very positive, if not lasting, effect on French society. We understood that we could be united, together, do something, and win. There was no question of skin colour or creed anymore. We were together.

Since then, there was the financial and economic crisis, the rise of the Extreme Right (Front National), the Arab Spring, DAESH, ISIS, Syria, Iraq, terrorism, attacks, racism again. Meanwhile the French team behaved like spoiled children, money came in, new generations came, and we did not even play one match in the World Cup on South Africa, on a whim. The French players went to the stadium but refused to get off the bus. We left the competition far, far before the semi-finals, at the very beginning of the competition! It has now taken years to build another team and we were not too sure of it!

Slowly, this year that France is host to the European Championship, the new French team went up, up up, match after match. Until we played Germany yesterday. It was in Marseilles, which is a difficult town with lots of problems with racism and violence. We were not too confident in a French victory and we were already congratulating ourselves that we had been so far!

I am not much interested in sports, even less in football. The Girls do not understand the game. We watched a film against racism on another channel. When it was over, I turned to Channel 1 and we saw the French players being applauded and applauding the supporters in the stadium. I understood that we had won. It was confirmed: 2 for France and 0 for Germany. But what was beautiful was this new "Black, Blanc, Beur" team and the usually oh so racist public sharing a moment of collusion and of joy. Tomorrow - that is Saturday evening - France will play Portugal in the final. We may well lose. I hope not. It would be wonderful to live another complicity moment between the team and the country. This would soothe the rise of racism, the horror of the difference, the fear of the refugee, the idea of a Frexit. I long for another time like the one that followed the victory of 1998. 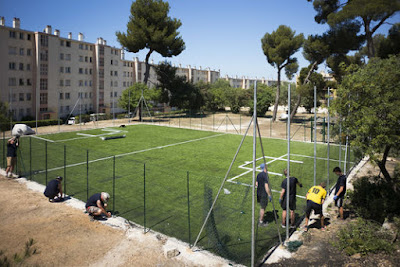 And I want to thank England. There were different teams representing the UK, England represented England. While the English were playing in Marseilles, and after, as they left the competition rather early, English supporters created and built a "synthetic" stadium in one of the multiracial, difficult, and violent suburbs of Marseilles. This will allow youths of different origins to come and play together.

The UK voted for Brexit. But who says that all British are racists? Thank you, England. Thank you, UK. This is the way we like you. 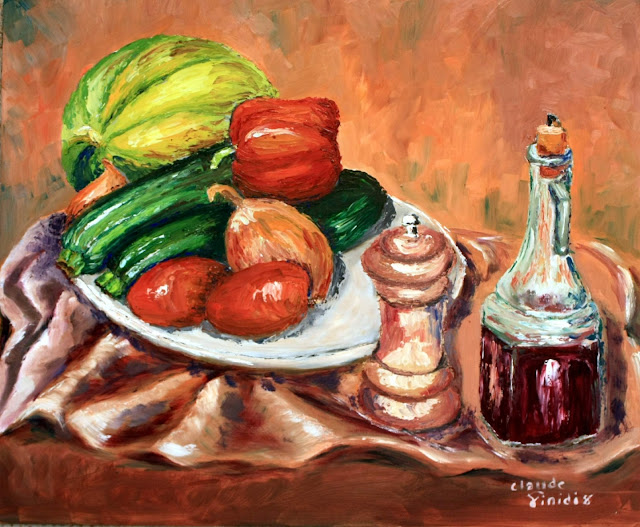