On the ninth day of Christmas - let us sing together with the angels! 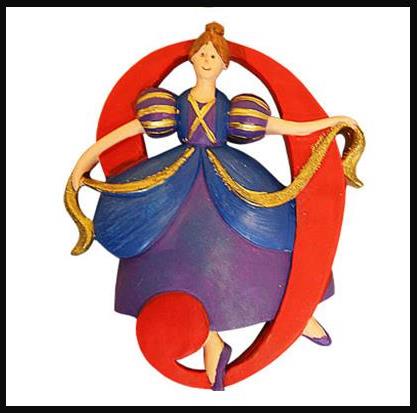 According to the tradition, the Nine Ladies represent the nine choirs of Angels. Yes, dear friends and readers, there are no simple angels - "period" or "full stop" - there are nine categories of angels, and I do not doubt you can't wait to know them, and will be thrilled when you have read their names (!!!). Therefore, here they are immediately, beginning from the highest rank:

I shall not give you illustrations for each choir - I find some of them rather frightening, myself), but a link to know more about them: https://en.wikipedia.org/wiki/Christian_angelic_hierarchy. Quite frankly, I do not believe about this. I understand intellectually the construction of this hierarchy and its origins but this is no article of faith for the Christian (at least the Roman Catholic), and I am afraid it is too abstruse to be learnt and remembered today. The Church goes more into the actual problems of its flock and concentrates on the message of Christ - I would say, without intending the pun, "thank God!".

We hear of the angels as a generic terms from time to time: the guardian angels are evoked and celebrated on October, 2nd, and a well-known and loved series on the French TV is called "Joséphine, ange gardien". 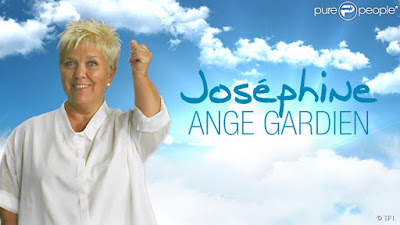 Joséphine is a guardian angel who comes to the Earth from the Heavens to help her "clients" (one at a time) who have problems that she helps to solve. She is a "little person" (not politically said, she is played by a dwarf lady actress), and snaps her fingers to make miraculous things happen like appearing and disappearing, finding objects, doing chores, etc. The series is followed by lots of people, the actress is very popular, and loved by children - and The Girls. Josephine has to integrate the world around her "client": she has been therapist in a rugby team, firewoman, actress, cook, baker, guide for tourists, museum guardian, fashionista, exploring time back in WWII and going backward and forward to our time, etc. The job she gets and her height, her liveliness, her repartees, all gives a funny and family look to the series that is heavily moral, rather like a modern fairytale, very black and white, goodies and villains; of course Good triumphs over Evil in the end, and Joséphine disappears on a last snap, a sigh and the desire for holidays on the beach.

I am afraid we are far from the Church orthodoxy of the angels of the Church.

Back to the bosom of the Church, at least two of the archangels are still known in France: Michel (Michael) and Gabriel. Raphael is more often forgotten. Everybody knows Michel; it was a name that was largely given to children in the middle of the 20th century, and it is the name of several places and churches. I am sure you know this one, being the border (in the sea) between Brittany and Normandy: the French Mont Saint-Michel - French, as there is another one in Britain 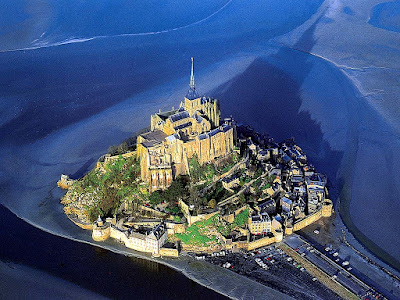 Michel is the fighting archangel against Lucifer in the mind of most people (those who remember their catechism, which is less and less), when Gabriel is the sweet one who brings good tidings to Mary at the Annunciation, speaks with Joseph, and usually plays messenger between God and the Human Beings.


And Gabriel is implicitely leading the choir of the angels who are singing to the shepherds at Christmas. He anounces the great news: "For unto you a child is born..."

In the Roman Catholic Church, cherubims, seraphims, archangels and angels, "and all the powers fom above" are invoked during mass at the end of the "préface", before what was called in Latin the "Sanctus": Sanctus, sanctus, sancrus Deus Sabbaoth. Pleni sunt caeli gloria tua. Hosanna in excelsis. Benedictus qui venit in nomine Domini. Hosannah in excelsis."

Therefore, be they, fighters (Michel) or postmen from God (Gabriel) or thinkers like Michelangelo's putti, 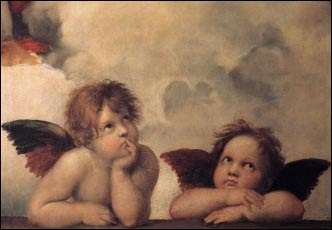 all are musicians and singers and we are invited to sing the praises of the Lord with them.

Or to listen to them... I have in mind these great masses from Mozart, Bach, Beethoven, and others. And the messes en grégorien that are still prayed in convents. But you may have your own preferred interpretation and I dare not interfere...

Singing with the angels must be great if some voices are changed for the best. The Girls should not sing flat anymore and my voice should be restored to what it was before. But perhaps the Lord would not mind some dancing as well. After all, David was dancing before the Ark of the Covenant! Then, it would not be considered heretic that: 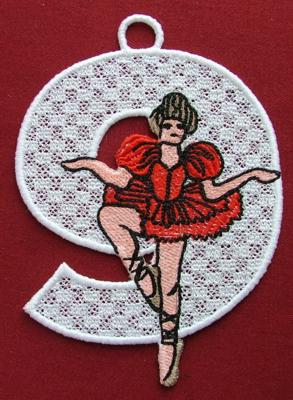