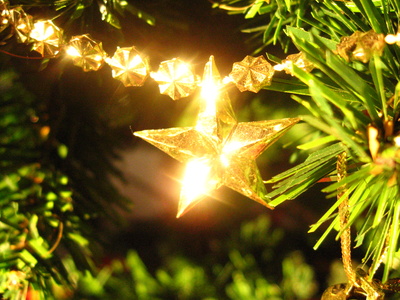 On December, 21st,
a star was twinkling

Yes, a star was twinkling as when we opened the 21st window of the Advent Calendar this morning. It was a sure sign that we are closer to Christmas as Matthew tells us in his Gospel that there was a star over the stable where Christ was born. Now, is this true or is it a legend, I leave it to scientists and Biblists to discuss and quibble about: all I know is that for us there would not be any real Christmas without stars.

And there are many stars in our Christmas family story and in my own.

There is first the battered star that I have always seen crowning the Tree. It is more and more battered every year and makes a poor ornament. Its heart is made of glittering green tinsel, and, around it, the branches are bent and gnarled. It has travelled everywhere with us, and seen the whole family grow up. It must have been one of the first ornaments Father and Mother bought for their first Christmas together and their first child! So it should be retired by now but it would not be a true Christmas without it whatever the other decorations. 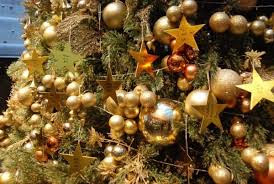 Then there is another star, a shooting star or a comet - it is difficult to say - that is almost as battered as the Tree's. It goes on the roof of the stable in our Nativity scene. This one changes every year: it may be in a grotto made with creased brown paper or it may stand by itself but there is always the very simple little wooden house made by Grand-Father: two walls, one floor a little raised, and a brick-red or Van Dyck brown (as you choose to call it) roof with one side longer and less steep than the other. No wall behind and no wall in front to leave space for the santons, but where the two sides of the roof meet skyline, a point to hang the comet with its long golden tail waving slightly in the air. 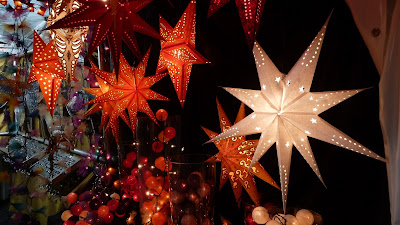 And a third star beneath the Nativity scene that could take as much space as a whole long and low table. Mother would always have her Christmas Star, a red poinsettia that she humoured carefully during the whole Christmas time and longer - in fact, as long as she could. She revelled in the waterfalls of poinsettias we encountered when we spent that famous Christmas in Florida even if she was as surprised as we were by the decorated palm trees. But poinsettias were her weak point and one should be as close as could be to the Nativity scene. Therefore we had to be careful not to put it too near to a chimney place or a radiator. Christmas can be very prosaic, indeed! 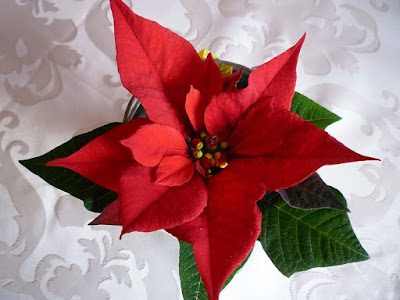 There were also the biscuit stars that we had taken back from Sweden or Paris - those ginger biscuits who were specially designed in a star shape for Christmas night and eaten along with mince pies when we were back from the midnight mass. 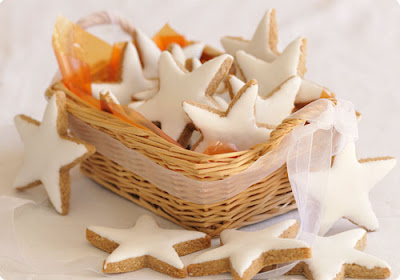 And the illuminations of the Christmas Tree crowned with stars in front of the church in The Village as well as the stars Mother wove in the garlands and the wreath welcoming guests on the main door. 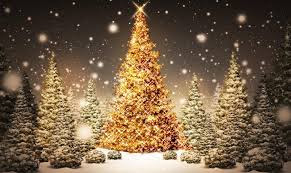 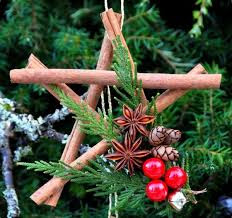 And last, but not least, there were my "own" stars. You are certainly aware by now that a lot of my true life was lived in my imagination and in my mind. I was growing up in a big, loving family - a tribe or a clan - but I was jalously individualistic. I needed my privacy and my dreams. I needed to read and to write - all things you do by yourself, and that require silence. I learnt to go down my inner self and withdraw from the others, as much as I loved them, to find silence and my true self.

Great-Grand-Mother lived with her younger girl - the one who had been born "by accident" in 1917 and of whom I have spoken on December, 13th (http://camilledefleurville.blogspot.fr/2015/12/on-december-13th-and-third-sunday-in.html). Great-Aunt Lucy was entirely devoted to her mother who was bed-ridden during her last years. I was slightly frightened by Great-Grand-Mother and I did not understand all she said. In fact, she was living in a world that existed before WWI. She wondered and worried on how long it would take us to go back from our place to ours, which was only a handful of miles away. She was sometimes aware that we had a car - but like her own car during WWI - or sometimes she thought we still had a horse-drawn carriage of some sort. This was confusing and poetic at the same time. Add to this my love of abridged (at that time) 19th century literature and you will have the perfect picture of my twisted mind when we left and during the journey back home.

It was usually dark and night when we left. I always asked to be seated near a car window at the back. While Father was manoeuvering very slowly in the drive that led to the gates, I could see the stars through the window. They were winter stars in a clear night blue sky, very different from the velvety, soft sky of summer. 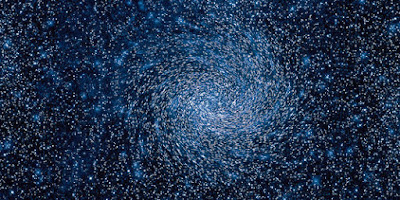 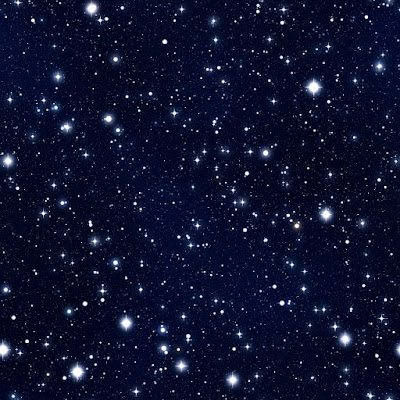 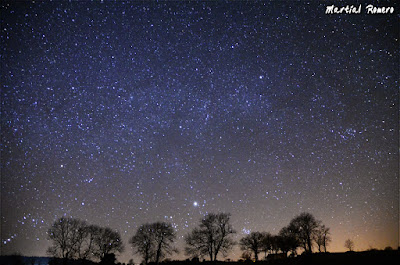 The car went slowly warm and I was slightly sleepy. Mother used to say: "There will be hoar frost tomorrow but the morning will be sunny and it will be nice for the children to run to the farm and get the milk and eggs." Father assented by a nod, careful of stray branches that would come across the drive, and sighing lightly with relief when he had reached the gates at least. My sister was already asleep in some lap - sometimes, mine. I looked at the sky and rejoiced at the luxury of being warm, comfortable with my family around me. It never happened to me that it could change. I thought we would always be all together at the same age and doing the same things. Time seemed to stretch infinitely before us in a long moment that stayed the same almost forever.

And time present, future and past became one. Dickens again. Why Dickens? I don't know. I have a blurred feeling that I thought Great-Grand-Mother belonged to his time and his stories - probably because of the horse drawn carriage - and I thought of all the travellers who walk on Dickens roads during the winter nights, whatever the weather, of all those who arrive at an inn where the fire is always roaring in the chimney place, of those who are jolly and merry in their dwellings, mostly the poor but pure ones. That was winter. That was Christmas.

There were disturbing thoughts though: Andersen and his Little Match Girl, the dying children in Little Women, Joe the street-sweeper in Bleak House, and Tim Cratchit in A Christmas Carol who was disabled like my brother François. But of course, there was no reason why my brother should die. Had I but known...

The night was closing upon us and we were all content - or so I thought - in a warm cocoon that would last forever under the twinkling stars. That was childhood, that was innocence, and that was Christmas. 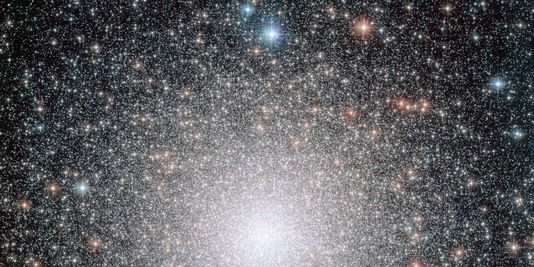 https://youtu.be/kjRXIiZ8bs0
Today is winter solstice and "midwinter"
so
Chanticleer - In the Bleak Mid-Winter
Posted by Unknown at 07:58