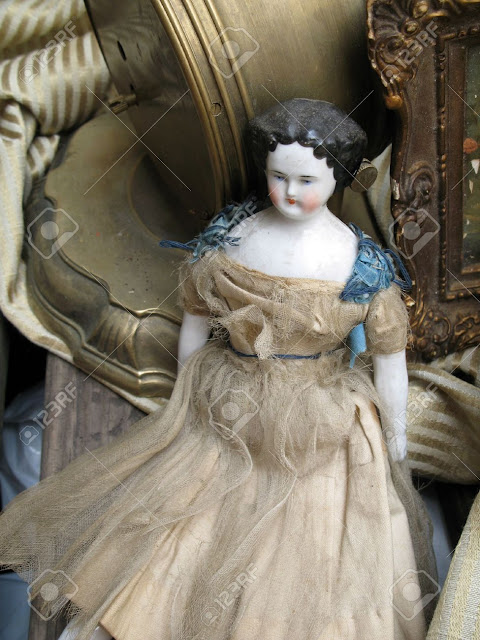 On December, 19th,
a doll was smiling

I have already lightly touched upon presents and toys we had for Christmas. My sister and I had dolls but we were moderatly interested. I loved ... books of course. She had Nounours (I hope you remember Nounours!).

We had lots of presents for Christmas because we were an extended family. So, we received presents from our parents, Grand-Parents on both sides, Godmothers and Godfathers, Uncles and Aunts, Great-Uncles and Great-Aunts, spinster Cousins, relatives, etc. But they always were cheap little things. Our parents wanted them so. They decided early very wisely that too many presents were spoiling children, that we were a tribe in ourselves and that we might share what was offered, and that we needed to play with our toys, break them when they were to be broken as we were children, and therefore only cheap toys could be played with and broken without regret.

After "the enchanted week" between Christmas and New Year's Day, Mother saw with what we were playing most and took the other gifts. She put them in a special cupboard. After a while, we forgot about those toys and they arrived back to our utmost delight, all new and unbroken, when we were ill and wanted something clean to play with in bed, or for our name feast day, or in the middle of holidays during the year when we did not know what to do with ourselves.

This way, we had new gifts all the year round. But we were and we still are a bookish family and toys were very quickly replaced by books under the tree. I think I have already told you that one year, I made a long list of books in very cheap editions and broke up the list among our differents members of family and relatives or acquaintances. I received a heap of books and there never was a better Christmas for me. I spent the next term reading my books and had utterly bad marks at school (according to my parents' standards). I was talked to and books were forbidden for a few days. I was glad to have notebooks as I passed the time writing stories unshamingly copied and plagiarized upon the books I had read. I even illustrated "my books", which was the worse idea I could have as I was a disaster with paint brushes and colour pencils in hand in spite of all the drawing lessons I was taught. 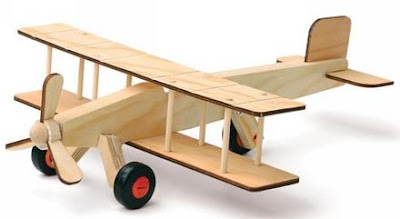 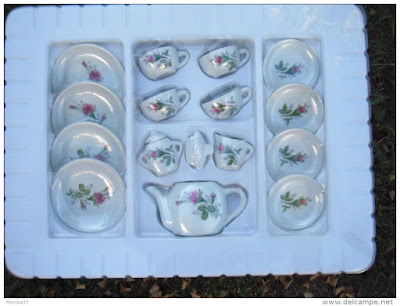 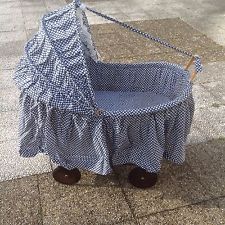 Lots of our toys were handmade. My Godfather and Father's Father were carpenters by hobby. So there were lots of trains, airplanes, railway stations and signals and villages, or dolls furniture made in wood by them both. Now that I am able to see them as an adult, I realise how beautiful they are and how much time it took to create them. It is a wonderful handicraft and their wives or other ladies of the family were involved to sew, embroider, and knit. There is love in them even if we did not find them fashionable at the time. No Barbie dolls for us and no bright plastic cars for the boys. Very disappointing when you are a child and want to be "like the others" (the others being your friends) but how much more lasting and rewarding when you become an adult!

One year, one of my friends received a doll that talked. I thought that was wonderful because I heard of the doll but did not see it. Instead of that, Mother and her Mother, Father and his Father made the kind of "crib on wheels" you may see above. The crib or craddle itself was made with a deep crate they had found at the market and that would have held vegetables. It was tastefully dressed in pink and white with a toile de jouy set and fine embroided bed linen. In fact my sister and I had one each - which means lots of work! - and each was a replica of our own crib. In each, there was a doll asleep. They still are little marvels and I wonder how much time was necessary to make them and how many confabulations there must have been among the different members of the family involved.

Anyway, at that time, I was terriby outraged. My friend has a doll who could speak and I had a crate covered with cloth! My doll was a small affair with hand-made clothes in a little cardboard suitcase. They were present for poor children. They were no presents at all. I showed all this to my sister who could not understand all I was saying and was playing happily with both crib and doll. But I persuaded her to go, show our presents and lift up the flying adornments of the crib. She went to Father and Mother, lifted up the cloth, and said what I had told her to say in her own distorted language that meant: "mended crates".

Mother understood immediately and looked at me with reproach. Father never touched us but it was one time where he could have slapped me. I saw tears running on Mother's cheeks.

I was deeply embarrassed and then shameful and then sad and then weeping as well. My sister started to weep to join us and it all ended in hugs, but I was lectured and scolded afterwards in private by Father. As I admired him immensely, it was worse than a slap.

I discovered a few days later that the doll that could talk was able to say the say ten or fifteen sentences and not at all to hold a converstaion as I had thought. I felt my presents gaining in weight and value in consequence.

A year or so ago, I met this friend in Dordogne and told her the part of the story about her doll. She had no memory of it. We still have craddles, dolls, cardboard suitcases and the handmade clothes. I think we were certainly the most fortunate! 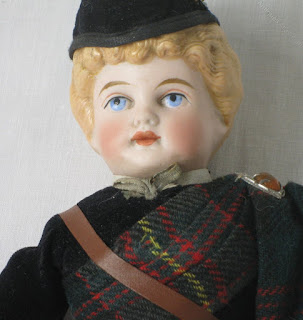