Candlemas at The Little Family's (and the influence of "gentle" reading!)

I am late again to tell you how Candle mas went on at The Little Family's. That was on the second of February and we are already on the fifth. Time flies...

Of course, as almost all festivities, Candlemas is linked with a religious festival for The Little Family. It is before and foremost the day where we celebrate the Presentation of the Lord to the Temple and where the Holy Family meets Anne, the Prophetess and the Simeon the Elder. With this wonderful prayer, the "Nunc Dimittis:

that is in the Book of Common Prayers:

Lord, now lettest thou thy servant depart in peace according to thy word.
For mine eyes have seen thy salvation,
Which thou hast prepared before the face of all people;
To be a light to lighten the Gentiles and to be the glory of thy people Israel.

I have changed the words a little in French so that we end our prayer in common, each evening by an amended "Nunc dimittis" where we ask the Lord to let us sleep in peace and wake us up on the morrow in His joy, light and love. The true words seemed too radical for The Girls who though they were praying for their death during the night!

This is also our last winter festival of lights. In the Roman Catholic Church, the Candlemas service begins with the lighting of candles with which we come back home. Therefore, if we go back in time, we started Advent time with the first candle of Advent on the first Sunday, went on with one more candle on each Sunday, and special festivals on the eighth and the thirteenth of December. Christmas and Epiphany are the celebrations of Christ, Light for His people and the Nations. And here is Candlemas.

Friends have told me that the second of February is Saint Bridget or Brigit, and mentioned that it is considered in Britain as the first day of Spring - mentioning that Dora Saint writes in one of her Fairacre volumes that Miss Read and Miss Clare may go out for a walk after tea for the first time of the year. I felt urged by so much "gentle" reading to take "Over the Gate" and to dip into it.Per haps not the best book to re-start with but one that was close enough to be reached! 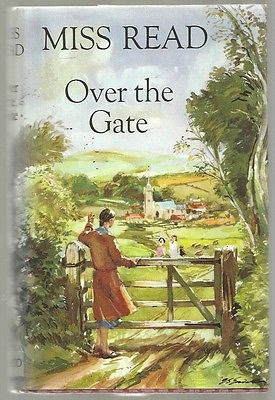 I remember that Mother used to say that when she was at university in Bordeaux, one year, the "gentle" streets of the suburb where the campus lies and where she had a room at a convent-cum-bedsits-for-girl-students, were smelling of mimosa and pancakes. 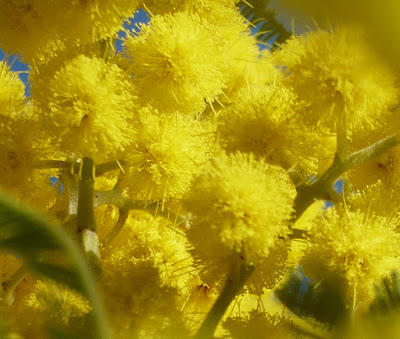 It is is too early for mimosas at our place, which stands about a hundred kilometres North-East of Bordeaux, even less for daffodils. But we saw snowdrops and winter jasmine, and the spiky leaaves of irises, daffodils, the round, velvety ones of violets, and the white crown-like bouquets of the laurustinus. Birds are singing again earlier in the morning and later in the evening, the collar doves are back, and while I type I hear the cantankerous and impertinent jay chattering. We have been blessed with sunshine and mild weather these past days. All this would have me agree with Dora Saint's readers that Spring is here! 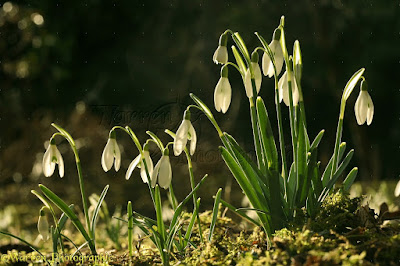 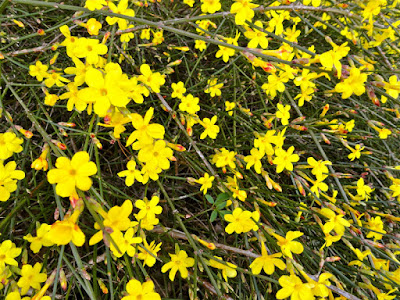 And in the evening, came the splendid time of making pancakes together. We had the family recipy with rhum and vanilla sugar - no crèpes suzette for us, that would be with too much alcohol! The preparation rested and then, when we came ack from mass, we were ready to toss the pancakes in the air with the special frying pan we use to make them thin and wide. 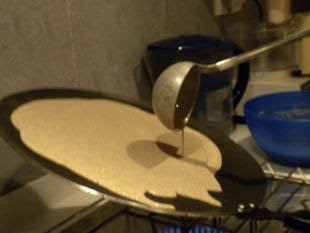 When you toss them, you have to hold a  coin in your other hand in order to be rich all year long. In older time, the coin should be a gold one; today, it is rather difficult to find a gold euro (!), so we went with the standard one. Vegetable soup to begin with and then warm pancakes with jam - raspeberry, strawberry, apricot - or honey or sugar either brown or plain white. This was a great dinner for The Girls who laughed and joked and were happy as larks of their day!

Next week is Shrove Tuesday and Ash Wednesday, which begins Lent. Indeed, indeed, Spring is on its way! 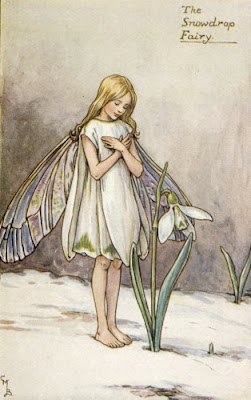 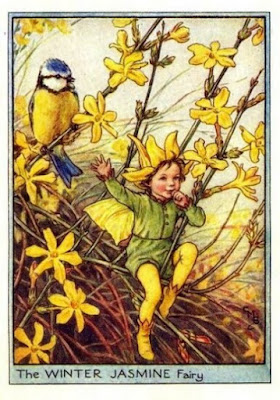 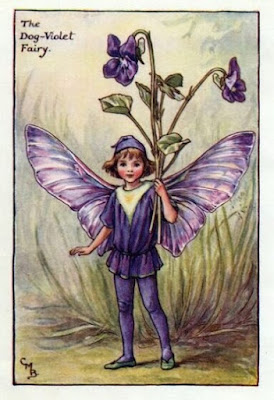 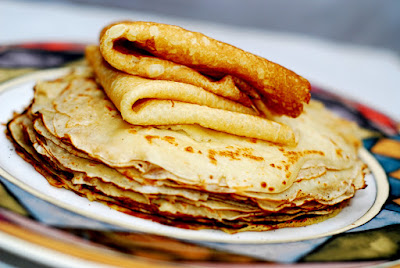