On the third day of Christmas 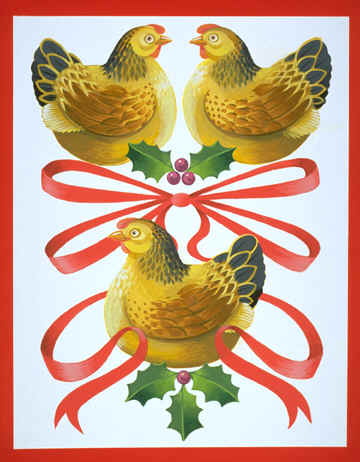 On the third day of Christmas,
my true love gave me
Three French Hens
and
Two Turtle Doves
and
A Partridge in a Pear Tree

Why three "French" hens? I never understood unless there is a specie of hens that is typically French or it is an allusion that I do not undertstand to something entirely French. As I have hear lots of things about French "ladies" - all being called les petites femmes de Paris -, I dread the worst and prefer not to know!

On Christmas Day, our first visit was to the farm to convey our best wishes. On Boxing Day, we had a reprieve and were allowed to stay at home to enjoy our presents after the rounds to the Grand-Parents on Mother's side - Grand-Parents on Father's side were usually spending Christmas at our place since they had left the East of France to be with us -, to nearest Uncles and Aunts present in the country as well as to the Godfathers and Godmothers also in the country for the season. On the second day of Christmas, we had been to visit Great-Grand-Mother and Aunt Sweet and met Great-Uncle Mark and Great-Aunt Elisa.

On the third day of Christmas, be it Sunday, Monday, Wednesday or whatever day, we went to visit Mother's Nanny who had been Grand-Mother's Nanny-cum- maid as well. All children were required to come. Father was left with his parents and Mother's Father (if he so wished - but my two Grand-Fathers got on very well together). Grand-Mother -Mother's Mother- was coming with us.

Nanny was part of the family and she came before several members of the family in order of precedence and in our hearts. She could still be stern and nobody like falling under her severe look, but she was also full of love for her ex-charges and for their children. During the first years that I can remember, we went to see her at her place and we behaved as we had behaved on the eve with Great-Grand-Mother. She sat in her chair and I think Mother and Grand-Mother were slightly shy of her; they, too, had armchairs. We had straight chairs without arms, that had been collected in all the rooms of her house, and we were requested to sit erect, without leaning on the back of said chairs. And, as at Great-Grand-Mother's, we were not to talk unless we were talked to.

Nanny, Grand-Mother and Mother had tea - a very proper tea for a French old lady when you think that tea is no custom in France. The eldest among us had tea, too. And the number changed every year or every two years. The youngest had hot chocolate or milk. And there was fruit cakes that were eaten around the table with a linen cloth on it. Nanny did not move from her armchair and one of us, children, brought a little low table for the three ladies. We were asked to put on the cups, saucers, dessert plates and cuttlery under Mother's supervision. Nanny sliced the cake and poured the tea. The rest was left to Mother who was still a young girl in this house and married only by accident (error?) with her brood foolishly with her. 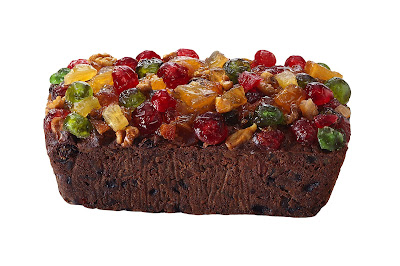 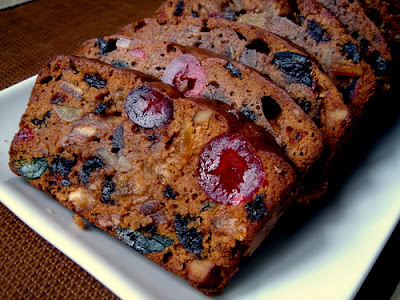 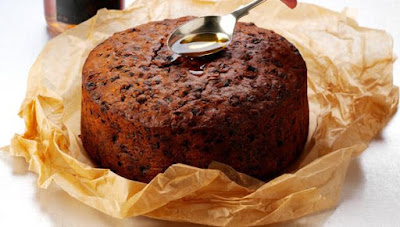 The long fruit cakes were Nannie's and we always brough the British round fruit cake that had matured and left it to share with her family. Grand-Mother and Mother gave her presents. And they received embroidered towelcloths or a dozen napkins duly homemade or crocheted doilies that they hated but were used nonetheless as a reminder of Nanny and a token of her love throughout the year. They followed us during our travels. One was specially used during May on a little table where stood a statue of the Virgin offered by Father to Mother and a vase of fresh flowers. May is the Month of Nary for Roman Catholics and prayers were said in front of this makeshift altar covered with Nannie's doily.

In later years, she was not abe to stay at home any more and went to a Home for elderly folks. I know the my family contributedd to the monthly allocation that had to be paid by her family as she was our family too. When we visited her for Christmas, we still left the British round fruit cake with presents, and she still gave embroidered or crocheted things but her view was greatly impaired and the delicate handiwork she was used to make was rougher.

But the third day of Christmas is also the 28th of December, and in the RC calendar, the commemoration of the Saint Innocents - innocent children who were massacred in Bethleem upon the order of King Herod as he feared Jesus to become the King of Palestine - a misunderstanding in the reading of the Bible if there was one -. 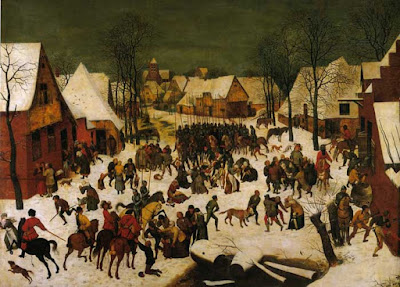 It was (unofficially) my name feast day as I had been dubbed the "Innocent" of the family. In this context, "innocent" has the meaning of silly, head-in-the-clouds, brainless. It came from the fact that I had always "my nose in a book" or was dreaming about some story I would write or tell myself when going to sleep. Therefore I was never entirely there, with the others, except with my sister and my disabled brother. But left on my own to see to boiling water, it could well overflow and I beside it, I would never see it. I was silly and I am still.

The advantage of being the "Innocent" was to receive silly presents on that day. It might be a funnily shaped biscuit, a child book well under my age, a crooked piece of chocolate, whatever seemed quaint to my family. Everything was well wrapped and given throughout the day, with my parents' present under my pillow at night. But I swear I never received three French hens!

And, of course, the carol for the day was the Coventry Carol, probably the saddest that can exist in the whole series of Christmas songs:

On the third day of Christmas,
my true love gave me
Three French Hens
and
Two Turtle Doves
and
A Partridge in a Pear Tree