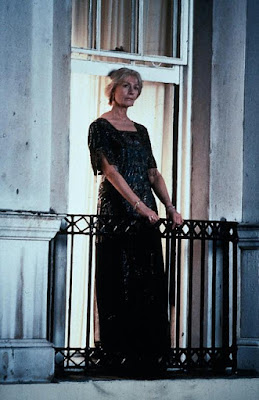 After I had written about the fête de la musique, I was unhappy with the entry and said so rather vehementy to a friend who retorted that he, as a reader, thought it did not need anything else and found that it was perfectly complete as it was. He added that a text belongs as much to the reader as to the author. I was very angry and almost deleted the entry but in the end let it stand as it was. And it is still here.

Nevertheless, this was still nagging at the back of my mind and I knew I wanted to talk about the nights of June, those without the noises of the fête, these particular nights of the year.

These particular nights that come late and very slowly and leave us early for morning light. A few hours of respite and peace, of semi-silence. The night to which Mrs Dalloway escapes when the weight of her party becomes too much.

In French, I would say that these nights come à pas de velours, with velvet steps or on tiptoe. It is nine o'colck and the sun is still here, the light more golden than during the day. There is a mellowness that the birds recognise and although it is warm, they begin to sing their adieux. The notes are not the same as in the early morning, as if they were drowsy and calling their young ones or saying good bye to their friends. In the house, the dining room is almost deserted, the table cloth almost naked, the china, glasses and cuttlery in the kitchen. Only crumbs and decanters, the fruit in a basket - the first peaches and apricots and nectarines -, a water pitcher, napkins.

Voices outside. In the now fading light, we are watering the flowers and their scent rises more pungent with the odour of wet earth. 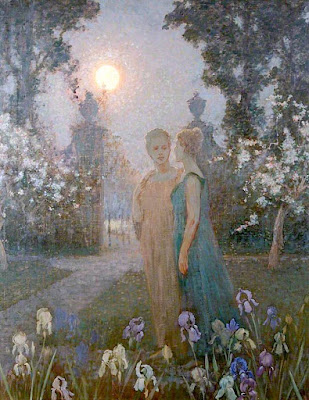 Time to talk leisurely while cutting the wilted roses from the rose trees, gathering them in baskets. A walk perhaps after that along the path near the river. The sky is turning a deep deep blue and the birds are quiet. Frogs are croaking near the pond and little green frogs skip over the water from grasses to waterlilies. We talk quietly: all noise wants to be banished. From time to time, car headlights pass by on the road. We breathe at last. And we are cloaked by the perfume of cut hay and new straw. One of us look up at the sky. It is the dark velvet night of June. 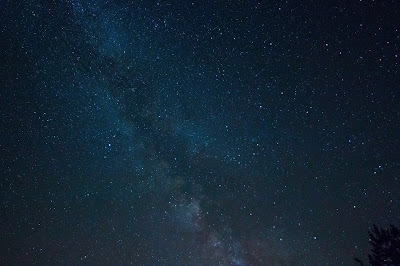 Time to go back home where children are asleep. The house is waiting for us. Lights open to the outside blackness. A stop in the garden and the creaking rattan armchairs to taste the coolness that has come at last. 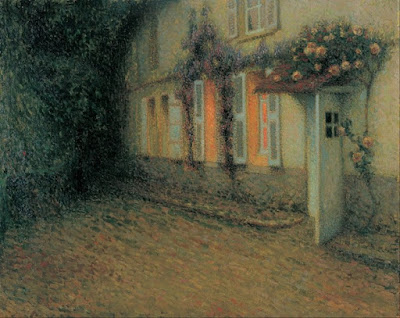 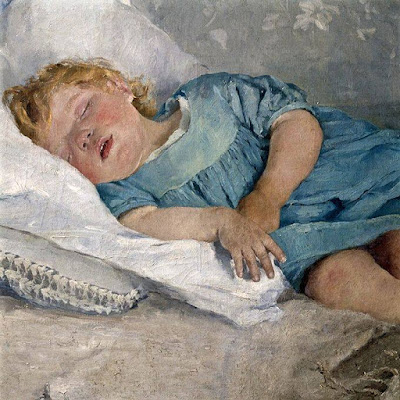 Our talk is but a whisper that ripples the silence as do the footsteps of our neighbours on the gravel and then the squeaking of the iron gate behind them. We exchange good byes.

It is a quarter to eleven.

Night insects are singing and their chimes are shrill.

I think of Tosca and the last aria of the tenor remembering the nights when he was coming to Floria's garden and house.
(https://www.youtube.com/watch?v=C12k6CnXN6U)

It is time to go inside and close the shutters, leaving the windows open for the fresh night air to come in. Time to dive in white beds; which are like pools of slumber waiting for us. 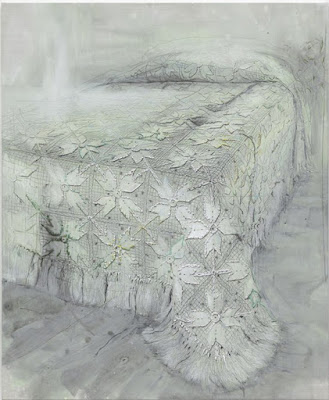 Tomorrow, tomorrow, the morning light will be here soon with dew and blue tints, lighter blue than this evening, birds chirping and twittering. Tomorrow. Tomorrow... 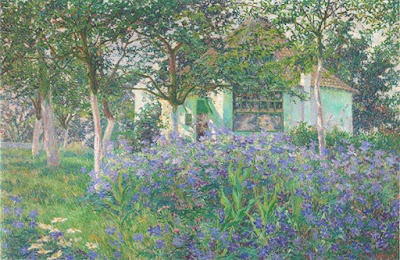