Red peppers on a white wall: in need of sunshine and warmth during the cold Midwinter! 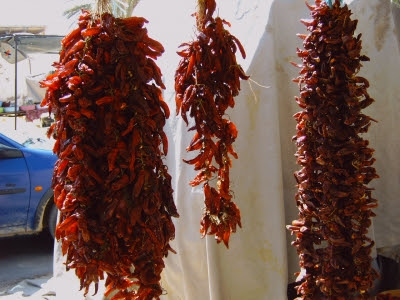 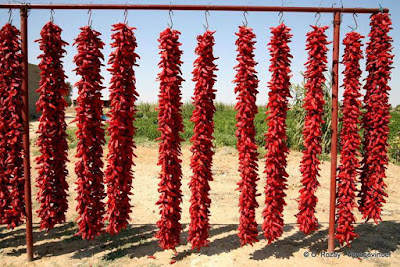 This poem by Jacques Prévert, translated in English, is like all his poetry deceptively simple. I like its middle stanzas, which are digressions (and, in a way, do I search a justification for mine?). But, most of all, I like the colours: whitewashed walls and red peppers hanging, the blue, blue sky, and the sea not very far with its constant roll of waves and light fringe of foam, the froth of the frock of the woman, the Mediterranean blue, the sand, the heat, and the shadows, the coolness of the house. House. Peppers. Walls. Sun. You. I. You and I only are defined. The rest are entities. You. I.

And then what can you do
Into my house you will come
I think about other things but I only think about this
And once you have taken off all your clothes
And you stand there nude motionless with your red mouth
Like the red peppers hanging on the white wall
And then you will lie down and I will lie down next to you
Voilà
Into my house that is not my house you will come.
Jacques Prévert
(Paroles) 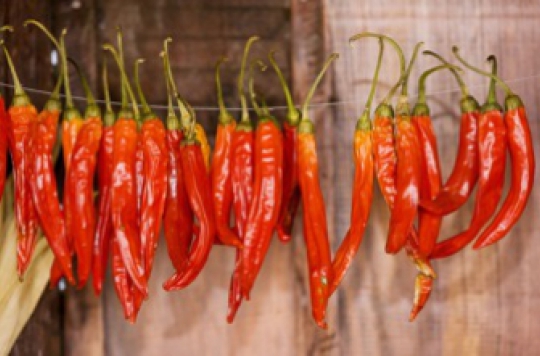