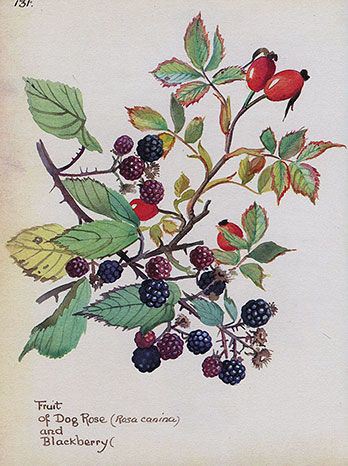 I have been willing to write an entry to this blog for some time now as the last one becomes to be rather stale, but I could not. I was not able to read or write either in English or (worse) in French. I have searched my mind why and racked my brain and found no explanation.

There was the occasional bout of depression coming arm in arm with its friend the migraine; there was the coming-too-swiftly autumn although under our skies it should still be summer until the third week of September; there were anniversaries of sad events; there was, there were... However, reading and writing are magical means to change my inner world and to save me from bad memories and anxieties towards the future.

So, what is happening now?

I still have no answer. I try to go on living as if nothing was happening as much as I can. It is no good for The Little Family when its Head is lying down on her bed in the dark and does not cook and makes the daily chores that reassure.

As there was nothing left to eat at home, I went early to The Village this morning. The children were entering their classrooms: the bell was ringing. The church bells were ringing: market morning mass at nine thirty. People busy at the market (what you call the farmers' market); people at the bakery and "not buying these fancy croissants, young miss: they are for those who do not work much and wake up late; WE are buying real bread, young miss!" (ahem); people at the newsagent's buying the local newspaper and "a fancy TV programme magazine is allowed, young miss: we know The Girls read it!" (thank you very much: am I not allowed to glance at it at least?). I did not go to the Supermarket: it would have been full of shoppers: too long when The Girls were waiting for their breakfast!

I went back by the back lanes and I saw that summer was not yet gone. The sky was blue without not even a puff for cloud - all blue without a hint of mist - all deep blue without the clearness it takes later when autumn comes. The rolls of hay are still in the fields even if the grass is growing again. 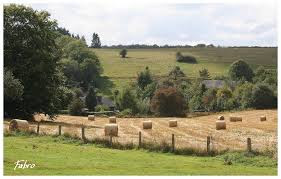 The gardens are ablaze with the end-of-summer flowers, dahlias, zinnias, second flowering of the bush trees, the very beginning of bays in the bay trees, a many-hued tapestry ablaze with ringing colours, reds, yellows, oranges, alive on the green background of the leaves. 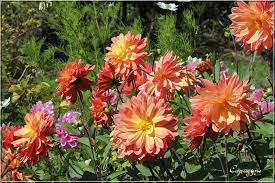 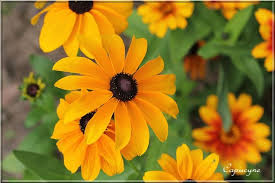 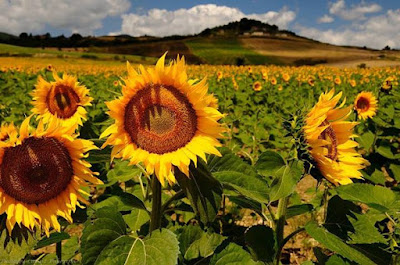 And, of course, the sunflowers have not yet been cut. Nor the corn, which still ripens in the fields.

In a few weeks now, the grapes will be cut in a dust of golden light. 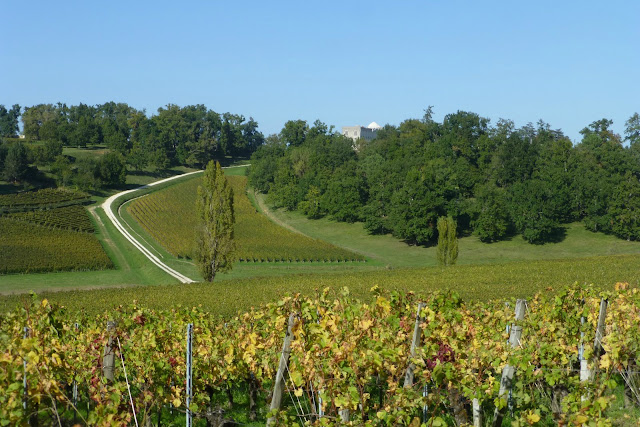 While in the gardens and orchards, it is time to collect apples, pears, 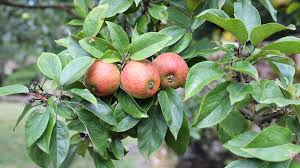 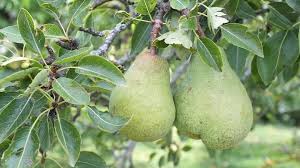 and figs, which are so good with local goat cheese bought at a stall at the market! 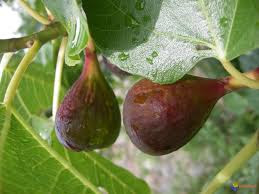 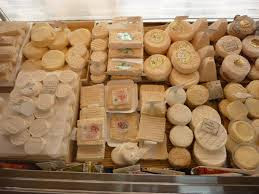 All this is so simple, so far from the pandemonium of towns and big cities that I wonder why I still miss them so much. It is a life that flows according to the seasons. It is not cut from the reality of the world and the politics and economical problems. It is not idyllic. It is firmly anchored in time, space and matter. However, it does respect the human time and the "time of the spheres". Space is counted from one field to another, from one house to another, from village to village. The earth is real; it can be touched with fingers, hands, feet. Work is here to be seen and done. In the Roman Catholic Church, there is a moment in mass (the Offertory) when we pray to thank God for what He has given us, and which has become bread and wine, "fruit of the earth and of the work of men", before becoming His body and blood. This is the exact time of the year where this prayer becomes parrticularly alive.

And besides all this, the glow of the light 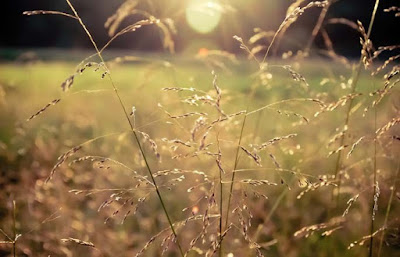 and the flow of the river. 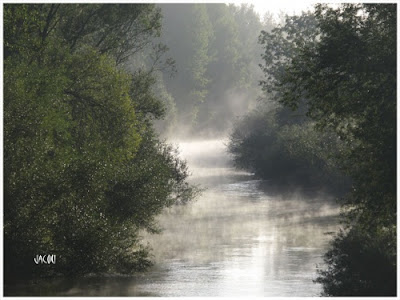 There should be no sadness, no tears, no depression, but thanks for what we receive as stewards to share with those who have no land and no roof and to pass on to those who will come after us - as stewards as well. The earth does not belong to men: it is only into their custody to enjoy and to make it fructify. Within reason.

And so, this morning I enjoyed the light that was bathing The Village, as I enjoyed the smiles of my Girls when they discovered the fresh croissants and explained that they had seen the sun growing through the lattices of their shutters while they were awaking in their beds. Why ask for more? 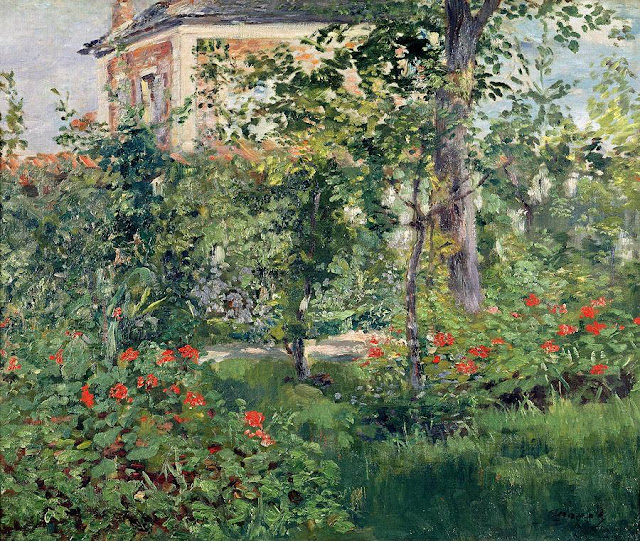