Composed probably in the twelfth century, this is one of the oldest surviving Middle English lyrics.
"Sumer Is Icumen In" is a traditional English round, and possibly the oldest such example of counterpoint in existence. The title might be translated as "Summer has come in" or "Summer has arrived".
The round is sometimes known as the Reading rota because the manuscript comes from Reading Abbey though it may not have been written there. It is the oldest piece of six-part polyphonic music (Albright, 1994). Its composer is anonymous, possibly W. de Wycombe, and it is estimated to date from around 1260. The manuscript is now at the British Library. The language is Middle English, more exactly Wessex dialect.
http://en.wikipedia.org/wiki/Sumer_Is...
*
Cuckoo - Cuculus canorus - Family: Cuculidae

The cuckoo is a medium sized bird about the size of a pigeon. A summer visitor to England, cuckoos arrive in April and the adults leave as early as the end of July. The young leave later, finding their way back to an Africa they have never seen before. This is, famously, a parasitic bird - the female lays a single egg in the nest of smaller birds such as reed warblers, dunnocks and meadow pipits. When the young cuckoo hatches, it forces the other eggs out of the nest, and is then reared by the hosts. It has declined in abundance since the 1980s, possibly because of similar decreases in the numbers of nest host species such as dunnock and meadow pipit.
Cuckoos are generally a grey colour with the females being slightly browner. The primary feathers on the wings are black as is the tail but with white markings along its length. When the bird is perching the wings are held in a downward position, looking as if they do not fold properly, and the tail is held up, making it look slightly awkward. In flight, their appearance is superficially similar to the kestrel, with sharp, backswept wings and a powerful wing beat. It is only the male who makes the familiar call at the beginning of the breeding season in spring. Occasionally, three notes are heard rather than two. Cuckoos are found in a range of habitats including woodland, marshland, heath and open moorland.
They can often be heard from gardens and occasionally seen passing overhead but you need to be a little fortunate actually to see one in your garden.
Food
Insects: this is one of the only species able to eat hairy caterpillars. On arrival in the spring they are often seen gorging themselves on newly emerged caterpillars of the drinker moth. Predator of butterflies, moths, spiders and worms.

You may shake your heads and mutter "almost an academic blog" today with all these references both musicological and ornithological! Very starched introduction to a very simple fact: summer is coming in today! Let us be happy and sing its arrival.

This arrival coincides in France with the Fête de la musique who was born in the years 1980s under the President Mitterrand and the ministre de la culture, Jack Lang. Every French person was invited to come down into the streets and play instriments or sing or give concert. It was to be a celebration of music as the cuckoo celebrates summer with its song.

Of course, all French persons did not go down in the streets or squares or roads, singong and playing. Of course, some did and were more wreckrages than success. Of course, time passing, the joyous and spontaneous celebration became institutionalised and nowadays there are more concerts than individual happy enterprise. Nevertheless, la fête de la musique marks the beginning of summer in all cities, towns and villages.

At the same time, the French State TV channels will broadcast variety and/or classical music from somewhere in Paris and the host will be some well-known master of ceremony who will try to teach classical music to the spectators.

I long for something different that will happen tomorrow evening and every day that will follow during summertime.

I long for the noises of summer. 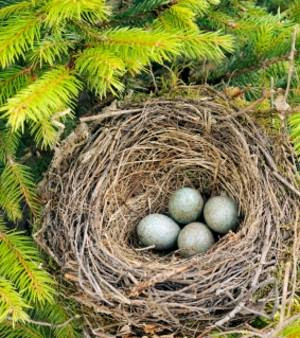