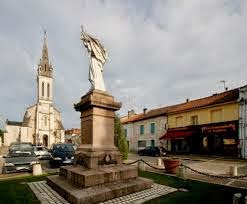 1945 V Day commemorations in the village. All roads (the two crossing in front of the church, which make them four - do you follow?) blocked hours before the "Maire" and the "Conseil municipal" and the "ancients combattants" and other influential representatives of the "commune" come to put flowers at the foot of the "monument aux morts".

In fact there are two war memorials because one is placed where there was an execution made by the Nazis in 1944. 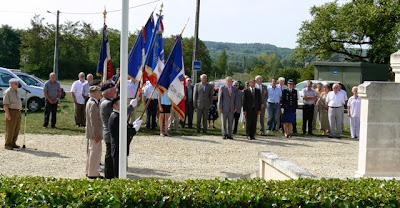 Am on my Sunday and "special days" errand to the bakery for fresh croissants. Croissants are synonyms of "fête" at home. But centre of the village blocked, locked, closed. No parking place left. Try before the newsagent/bookseller shop. Car noses slowly. Yes! The parking place for handicapped persons free so may park even if handicapped sister is not with me. But have all papers with me to prove she might have been. Administrative papers very effective and efficient in France. Most of the time, saved by them more than by facts...

Hurry to the bakery. "Morose" attendants and baker's wife: this blockade is bad for trade."Who will come now? They could  have waited later to close the roads. But what can you expect ? These are 'les cantonniers' for you!"  "Les cantonniers" do all menial things in the "commune", bear the burden of all unpleasant things that happen in the streets, on the backroads and lanes, and other common public grass cutting. It is only nine a.m. and the ceremony does not start before two hours, to be ended by the "verre de l'amitié" (the wine and orange juice drinking for friendship) that marks the high point and the signal of departure in all celebrations of South-Western France. More grumbles at the newsagent's. "No wonder the "bourg" (the centre of the village) is dying: people will go to the Intermarché (local supermarket) and find all they want: flowers, newspapers, books they have heard about, bread and pastries. Everything. I tell you, mademoiselle, this is the end for us!"

It is true of course. But when must the village should have been blocked? Not at the last moment. And the fight against the supermarket is almost lost. Little shops are closing, one after the other. The remaining ones make a gallant try to survive and some patrons help them out of sheer fidelity. Some of these shops go back to the end of the nineteenth century and their owners are great-grand-children of their founders. But this tradition is slowly fading into history (or perhaps, more exactly, History).

Mission completed. May drive back slowly home. No need to go to the supermarket. Shall go leisurably by the back lanes. What will there be at eleven a.m? Flags, flowers, a neat little speech done by the "Maire", the "Conseil municipal" partly in attendance, war veterans - less every year -, the music band, the "sonnerie aux morts" and "la Marseillaise" - flat, as usual. Some people who remember - less every year - and some people who care - less every year. But do not touch at the day which is a holiday. The French like their holidays! 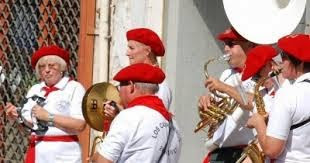 Coming back slowly through the lane, caeful of the ditches with their grown wild flowers and the hedges of hawthorne. Thinking of the writers and the war poets. Louis Aragon, Vercors, Sartre, Camus, Paul Eluard: "Liberté", Jacques Prévert: "Barbara"-
".... Don't forget
That good and happy rain
On your happy face
On that happy town
That rain upon the sea
Upon the arsenall
Upon the Ushant boat
Oh Barbara
What shitstupidity the war
What's become of you
Under the iron rain
Of fire and steel and blood
And he who held you in his arms
Amorously
Is he dead and gone or still so much alive
Oh Barbara
It's rained all day on Brest today
As it was raining before
But it is not the same anymore
And everything is wrecked
It's a rain of mourning terrible and desolate
Nor is it still a storm
Of iron and steel and blood
But simply clouds
That lie like dogs
Dogs that disappear
In the downpour drowning Brest
And float away to rot
A long way off
A long long way from Brest
Of which there's nothing left."

This is part also of V Day, this complaint of those and that which disappeared. Not all joy and smiles although we tend to remember these only, until they are forgotten and disappear as well in History.

But right now, errands accomplished. Croissants and bread and newspapers secured. Let's smile! It is a holiday and breakfast only looms ahead in safety, peace and freedom thanks to those who fought for V Day. 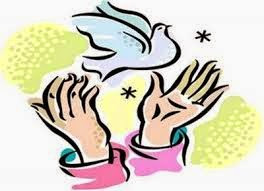