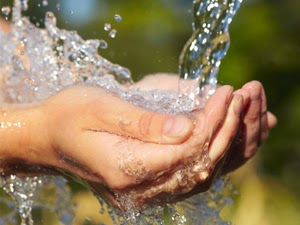 Sometimes, one sees a darker dot somewhere in the stack. They are like that those little animals caught in the amber of the Baltic Sea or some gossamers that would be trapped among sheets of water and stay there. Are they something to remember or something remembered. Good memory? Bad memory? Sometimes the black dots cluster, sometimes they seem lost in the flow of water that goes and on. What does remain of the dots in the end? Is one's life a gentle flow of water that goes away, far - and where?

I found one of these dots not long ago. How long will it stay, I don't know, but it is still here, in my mind.

Last week, we had a blacktit on the kitchen balcony keeping us company for breakfast and singing excitedly. She was hopping like mad and flying excitedly from the door bell to the bannister, protecting the space from two bluetits until a red-breasted robin came. Bluetits and blacktits are not the best friends but they know how to unite against a red robin. And the robin is a possessive little bird, aggressive and very conscious of his territory. I have always known a red robin in the corner of the kitchen balcony where Mother used to give crumbles and fat and water to birds long before it became fashionable. The red robin(s) - they must have been a large number! - think this amount of food is specially assigned to their needs and fight good fights against blue and blacktits.

But that morning, the blacktit had decided that it was HIS corner and would share it only with his temporary allies. The fight was a like a dance, a "gaillarde" or a "volta". It has all the speed, the vivacity, the audacity and the intimacy of these dances of the Renaissance but the issue could be more tragic.

Beyond them, the cherry tree was in full bloom and the wisteria was too full of promises: silvery buds all tightly furled, branches like "lianes" colonising the white cherry tree. This week it rains plumes of purple wisteria all over the place. Sun, sun and sun. Blue sky without a cloud. Grass growing but full of primroses and violets. Still daffodils and narcissi in the garden, plus tulips. Forsythia, an explosion of yellow blooms. Fruit trees in marching order to blossom.

Samuel, the "gardener" had come to mow the grass but had had ethical problems - or should I say "existential"? The whole "lawn" is sprinkled with primroses and violets and little daisies we call "pâquerettes" because they are in bloom at Easter (Pâques) time. And Samuel was willing to cut the grass but NOT the flowers! Therefore we had had a very serious discussion about the height of the blade of the lawn mower that would cut the grass but respect the flowers. Very ethical and poetic and respectful about the beauty of nature but rather lengthy and slightly tiring, when I knew that my little family was waiting for lunch!

This morning, I went to the mailbox; I could admire the prowesses of Samuel who had sometimes gone deftly and neatly round clumps of primroses! Fortunately, narcissis, daffodils and hyacinths were taller than the grass and did not cause any anxiety... And birds were twittering and dancing in the sun.

A black dot in the flow of crystal clear water. Will it stay? Will it be "a moment of being"? Will it go with the flow? Why THIS moment in my memory and not another? Will it stay with me like Proust's "aubépines"? 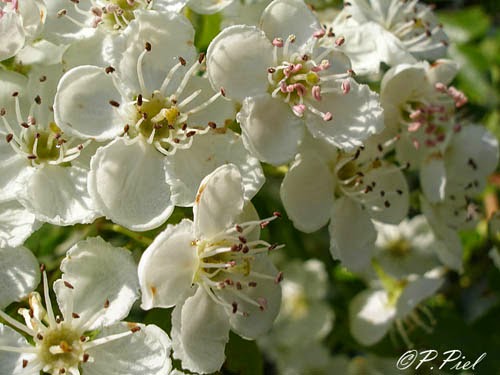