The first holiday-makers are here! 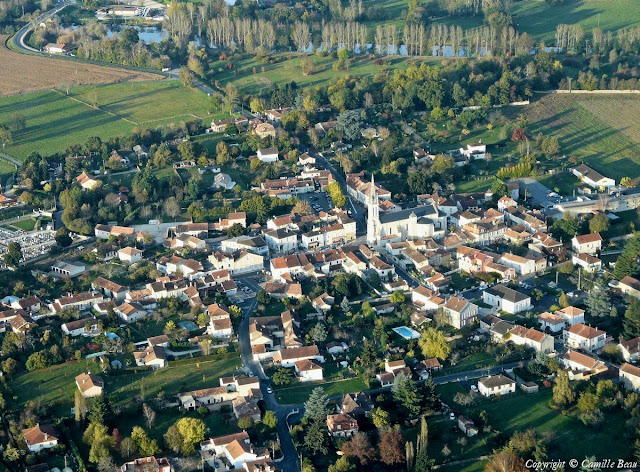 I cannot say whether it is a blessing that The Village is not in the touristy areas of the Dordogne - and is not very touristy in itself. But, hush, I should not say this!

If you remember from a previous entry, the main monument is The Castle (second after Caesar's and other Emperors' castra). The building was begun in the middle of the 15th century and ended at the beginning of the 16th century. Therefore it still has defensive and architectural characteristics of the Middle-Ages as well as the new fashions of the Renaissance. That makes it a hybrid and a rather interesting example of transitions of society and role of castles and the aristocracy, written in stone. 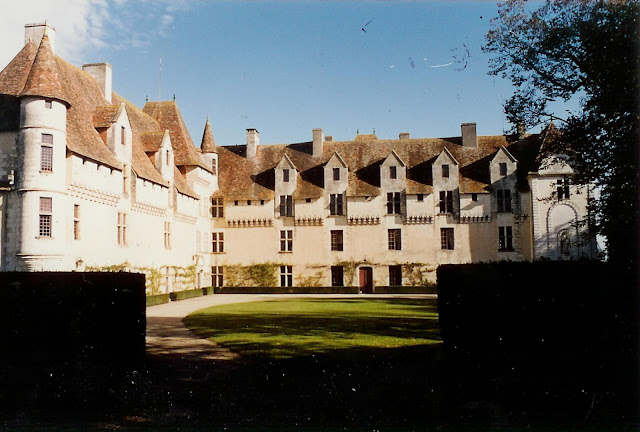 However, as it is a private school and propriety, it is not open for visits but on appointments and on special days. Touristy in a very sparse way...

Economically speaking, not having anything really attractive for tourists is a loss for the shops, the local producers, the mairie. Or is it?

The Offices de tourisme of the whole area from Périgueux to Montpon have worked jointly and made great efforts to promote the Vallée de l'Isle (the Isle River Valley) and, daring the pun, have called it L'Isle aux Trésors ("Isle" being pronounced like île - island - this gives "Treasures Isle/Island").

Then prices for hotels, guest houses, seasonal rentals, and campsites or campgrounds are far more reasonable than in most fashionable areas of the Périgord noir, Périgord Pourpre and even Périgord vert (for these see http://camilledefleurville.blogspot.fr/2015/05/proust-again.html). And their amenities are increased for fear of competition. Prices in shops, supermarkets, at local producers, etc., are also significantly lower.

True, there are longer trips to see the more beautiful sites of Lascaux, Les Eyzies, Bergerac, Domme, Beynac, La Roque-Gageac, Montbazillac, Brantôme, which we shall visit in other later this summer. But all in all, in this era of financial crisis, it is not a drawback to stay a little further and plan little trips interspersed by rest days in The Village.

And there comes the uneasy encounter of the holiday makers and the natives.

The natives are fully clothed and make an effort to dress casually but properly (and sometimes rather primly) to go shopping in le bourg or at the supermarket. The holiday makers are scantily dressed because it is very warm, even hot, and they are on holidays: they make a point of it. So shorts, very low-necked blouses,and flip flop shoes confront summer frocks, light trousers with polo neck shirts, and flat shoes or sandals. With long reproachful or defying glances.

The holiday makers laugh and speak loudly, never hurry and push to be in front or loll in the middle of streets and shop aisles. They make big knots of families with hollering, bawling children and roaring adults. The natives walk purposefully, gather only to meet neighbours and friends and say a short word of greeting, push their trolleys with a shopping list in hand, wait their turn at the cash desk, and mark their disapprobation to every noise while they encounter defying winces.

And even if the natives are used to English speaking people as The Village has a long standing twinning with a small town of Southern England and counts a number of more or less permanent British residents quite efficient and sometimes leading in our municipal activities, a bland, nay sometimes hostile glowering may meet too obvious English or other language speaking foreigner. They are not "nos Anglais"!

One does not see any real aggressivity in all these manifestations: this is not a feud but a ritual game that would be missed were it not enacted year after year. It is part of the seasonal traditions and attractions. Part of the holiday makers have been coming for years and have played the game even if they have made friends with some of the natives and know the shop keepers as well as anybody else in The Village. Their children have grown up and are now youngsters or married and are coming with their own children. But still, the game goes on. For the fun of it.

We are very simple people, satisfied with simple things. And, after all, don't we play at holiday makers when we go away from our precincts? 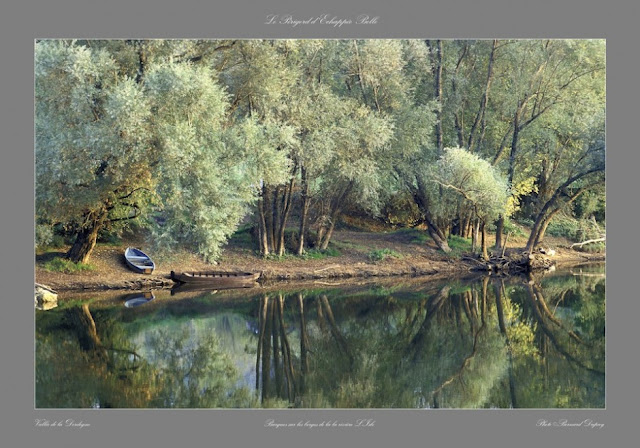